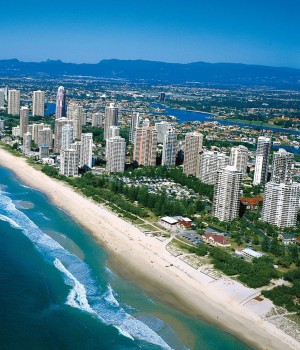 Start-up advocacy body, StartupAUS said the funding priority given to start-ups in the Queensland Budget will help create thousands of local jobs and contribute billions of dollars to the Queensland economy.

StartupAUS CEO Peter Bradd, said high-growth tech start-ups could account for $US109 billion in growth and 540,000 new Australian jobs in the next two decades, creating enormous opportunity for state governments to capitalise on.

“It’s a well known fact that high-growth startups generate 70-90 per cent of new jobs. The Queensland government is setting the agenda for other states and territories today with their Advance Queensland policy initiatives aimed at stimulating jobs growth via the local start-up community.”

How great is the QLD budget for start-ups?

StartupAUS said the $24 million Startup Queensland program is a significant boost to start-up formation and attraction in Queensland.

“We’re pleased to hear Queensland Premier, the Hon Ms Annastacia Palaszczuk MP, is planning to provide an integrated suite of seed funding, co-working space, mentoring, and connection to customers and markets for startups, as well as expanding STEM in Queensland schools.”

Peter said StartupAUS is keen to see other states and territories echo the Queensland government’s leadership.

“Giving focus and profile to growing our start-up ecosystem and entrepreneurial community will help secure the next generation of Australian jobs and boost our economic future. This has to be a priority for all levels of government.

“We need to encourage more students and young people to think about becoming tech entrepreneurs, and contributing to that high-growth tech economy.

“Australia won’t be the lucky country forever, and we can no longer rely on traditional sectors such as mining or agriculture to prop us up on a fiscal level.

“Australian political and business leaders need to take a cold, hard look at our economic future and more aggressively back the growth potential within our home-grown start-up community.”

Key economic growth recommendations in the report for Australian governments, business and education sectors include:

The ACS too is happy with the QLD budget

Chair of the Australian Computer Society (ACS) Queensland Branch, Dr Nick Tate said the ACS welcomes the focus on the impact of digital technologies in the budget – across business and productivity, education and the high growth areas of our start-up economy.

“In particular, we congratulate the Premier on the Future Schools review and the focus on STEM education, coding, computer science and robotics.

“In the past three years alone, digital technologies have grown to a 5.1 per cent share of our national GDP – from $50 billion in 2011 to $79 billion in 2013-2014, according to our Australia’s Digital Pulse report, in partnership with Deloitte Access Economics.

“Productivity growth in the Australian economy is increasingly driven by digital technology. The ACS is pleased to see a number of initiatives in today’s budget which encourage greater business productivity through the application of technology.

“It’s encouraging to see the support for education initiatives such as more focus on coding, computer science and robotics, in today’s budget. We urgently need to boost the number of qualified ICT students.

“There has been five per cent national growth in the number of ICT professionals in recent years, with demand for a further 100,000 workers over the next six years. Despite the demand, the number of graduates with ICT qualifications has declined significantly since the early 2000s.

“We are keen to see ICT as a fundamental component of everyone’s education from primary school right through to all tertiary courses offered in Australia.

“We look forward to discussing further details of these policy initiatives with the government.”