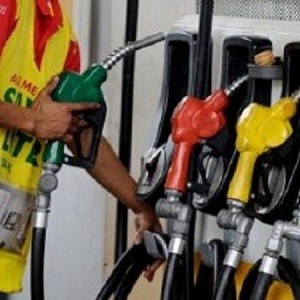 To the glee of many a motorist, retailers Woolworths and Coles have been selling fuel at discounted prices in Australia through their alliances with Caltex and Shell respectively. I mean, who doesn’t love cheap gas?

However, the Australian Competition and Consumer Commission (ACCC) on the other hand are not amused at all with this. In fact, the commission is about to complete its year-long investigation into the fuel discounts these two supermarket giants have been offering.

The ACCC warns that these discounts are no good for the fuel retailing industry and has called on the supermarket chains to discontinue them and move the discounts to grocery items instead.

Why is the ACCC calling for an end to fuel discounts?

Just last month, one could get up to 45 cents off per litre and now, the competition watchdog is worried that these fuel discounts will squeeze independent retailers out of the industry and create a duopoly which will inevitably eventually raise the petrol prices in the future.

Now the ACCC has no power to ban the discounts, but are not entirely toothless, and may seek legal action against the supermarket giants to limit their market power in the industry.

How are Woolworths and Coles able to offer fuel discounts?

On their part, Woolworths and Coles insist that petrol prices are determined by global oil prices and fluctuations in the Australian dollar and that they subsidise their fuel with higher prices on their grocery items.

However, it appears that due to their size and buying power, supermarket-owned fuel retailers are able to negotiate competitive contracts with suppliers and thus offer lower prices to consumers.

How do the fuel discounts affect service stations and convenience stores?

The profit margins earned by fuel retailers are already typically low, and most are actually leaning heavily on the convenience store goods they sell on the side to turn a profit.

Many small independent retailers are closing shop because matching the subsidised petrol prices offered by the supermarket chains is proving to be a mission impossible.

And by the way, they are not the only ones. Convenience stores too have been affected by Coles’ and Woolworths’ aggressive fuel discounting. Thanks to their fuel discounts, consumers are enticed to top up on groceries while filling up their petrol tanks at these giant supermarkets.

The future is generally bleak for independent fuel retailers and small convenience stores. Even if the ACCC can obtain a court injunction to stop the use of fuel discount dockets, the significant market share held by the supermarket giants could push out smaller operators altogether.