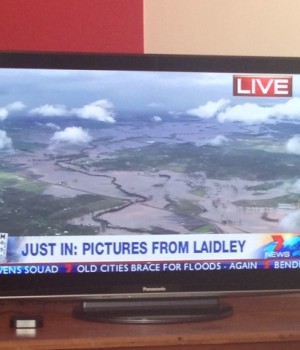 Since it began in 2006, Twitter has played a role in breaking news.

I first opened my account in August 2008. (If you don’t know when you opened yours, find out here.)

It was just before all hell broke lose in the form of the GFC. Twitter played a major part in some of the stories I was writing at the time for the finance industry. I had access to people who were covering the crisis across the world. It was both incredible, terrifying and fun, all at the same time.

I’m also half convinced that if it wasn’t for Twitter, Kevin Rudd would not have been rolled as Prime Minister. As Gillard and Swan walked down the hallways of Parliament on that fateful day in June 2010, Twitter lit up. Speculation began and Rudd’s rolling seemed like it had to happen once the rumours took hold on Twitter.

Twitter has also played a vital and essential role in the rebellious uprisings in North Africa and the Middle East.

So, we can say that Twitter has played a vital role in many of the big media events in the past six years.

But, can I also blame Twitter for the decision of television networks to create endless coverage of every disaster?

Work with me here.

Twitter provides real time information, from every possible point of view on everything happening in the world.

However, can traditional media keep up with the torrent of information that is required to make compelling viewing? Once, it was the media that controlled what was news and, when we heard about things. Now, if there’s a cat stuck in a tree in Hawthorn, the whole world can know about via Twitter.

So, if there is a natural disaster, and let’s face it, we live in Australia, we practically invented them, it unfolds via Twitter first. It’s why journalists have Twitter accounts.

If Australia isn’t on fire, under water, being hit by gale force winds or soaring heat, then it’s possibly Winter.

It’s not the end of January yet and, we’ve already had huge areas of the country on fire. Now, in a few short days, thanks to the Tropical Cyclone formerly known as Oswald, most of the eastern side of Queensland, and into northern New South Wales is battling cyclonic winds and floods.

Twitter is all over this, Facebook too. Citizen journalists are on the ground, taking photos with their smart phones and knowing more about what’s going on than the television news teams.

What’s a television channel to do?

Right now, several television channels are creating rolling, real time coverage of the unfolding disaster. It was the same with the bush fires that have ravaged our nation.

The key word in that sentence is ‘creating‘. The television channels are looking to create a viewing experience, rather than report news.

The problem is that with real time coverage is the need for content. Channel 7 excelled itself today by using video of a log floating in the surging Brisbane River near the Riverside Expressway to fill the air time.

I am, by no means, demeaning the horror of the disasters that have unfolded. Lives have been lost. Pets, livestock, homes and businesses have been destroyed. Queensland has barely recovered from the 2011 floods and cyclones. Now, what parts of the state aren’t under water, are still on fire. It’s a disaster by any standard.

Why are television stations attempting to provide the same level of coverage that social media provides? It does not translate as meaningful coverage. Live crosses to the Queensland Police Service or, announcements from the Premier are essential. But, having huge volumes of video created by sending out journalists and camera crews into the disaster seems, at best, a shambolic attempt for attention and, at worst, a potential drain on emergency crews if things go wrong.

And, all this is happening for the sake of viewing figures.

Given that huge numbers of Queenslanders are currently without power and thus, television, it’s not being done for the benefit of those directly in harm’s way. If you’re sitting on the roof of your house in Bundaberg to escape record flood waters, I don’t think the real-time, rolling coverage is intended for you.

I simply do not believe it is being done for the public benefit. It appears as a desperate attempt by the television networks to remain relevant, local and involved. The anticipation that something really awful may happen is thinly disguised in the commentary.

I also do not believe that a piece of the Q1 building in Surfers Paradise (see below for the actual vision used) blowing onto a closed road classifies as news. It has been shown repeatedly across an hour of the live coverage, as this is the most interesting event that Channel 7 has managed to film.

Gasp! A piece of the Q1 building has blown onto the road.

This desperate need for television news to have huge volumes of content is the exact opposite of news. It simply becomes meaningless. News, by its very definition, should be newsworthy. Twitter works because it’s personal; it is not driven by a media network looking for a story or, ratings.

Twitter has a lot to answer for by creating the expectation of real-time coverage of major events but, television news executives have a lot more to answer for.

Television executives need to work out what news is, and what role television should play in the reporting of disasters. The first step would be to stop trying to replicate social media. 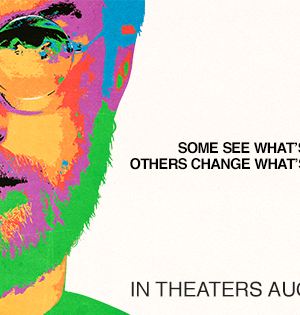