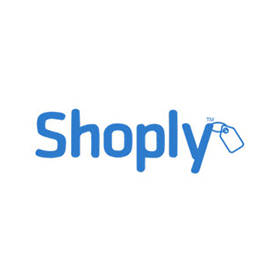 Shoply Limited (ASX:SHP), which is bidding to assemble an impressive portfolio of e-commerce companies, has announced the acquisition of Your Home Depot, a 35-year-old NSW company with a significant online business, for $2.85 million in cash.

Your Home Depot will become the fourth major online retailer under the umbrella of the three-year-old Shoply, which focuses on smaller businesses and local businesses. It already owns and runs EzyDirect, a seller of office technologies; and Ohki.com.au and Eljo.com.au, both of which are electronics retailers, besides running an online advertising business under AdEffective.

“The acquisition of Your Home Depot is very exciting and represents a significant opportunity for Shoply to grow into a leading Australian online shopping company,” said Shoply CEO Simon Crean. The deal also helps Shoply, which has so far focused on Victoria, to attain a significant presence in NSW.

Your Home Depot, headquartered in Castle Hill, NSW, has over 130,000 subscribers, more than double Shoply’s 60,000, and had revenues of $12.9 million with an EBITDA of $1.0 million for FY13. Shoply said it expects the Your Home Depot business to generate EBITDA of $1.2 million for the 12 months post completion.

Your Home Depot’s online business was launched in 2003 and has quickly found a niche in the online business for homewares and appliances. It has distribution deals with leading brands such as KitchenAid, Scanpan, Magimix, Bamix, Anolon, Simple Human, LED Lenser, Royal Doulton and others.

Crean, who recently assumed the helm of Shoply, believes the company has the platform to tap an e-commerce market estimated at $21.7 billion in 2015 by Frost & Sullivan.

“The Australian online retail market is ripe for consolidation with a diverse field of innovative start ups and established niche players seeking access to a bigger playing field with supportive infrastructure,” he said.

Prior to joining Shoply, Crean was the Head of Digital at Hallmark Cards. He has also held key positions at companies such as Mercury Mobility, Destra, Looksmart, Ericsson, Destra and Effective Measure.