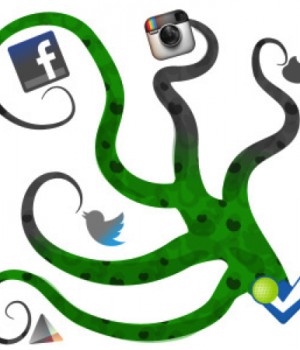 Many people dubbed 2012 “The Year of Mobile” and looking at the stats, one can’t help but agree.

A study by Google showed that over 52% of Australians owned a smartphone – one of the highest figures in the world (a 40% increase on 2011). 65% of these users accessed the web daily. 41% of emails were opened on mobile devices in the latter half of 2012. And perhaps the most amazing; there are now more smartphones in the world than people!

What does the future hold for mobile usage?

So what’s on the way? Well the future looks pretty exciting. In a survey last month by IDC on mobile usage of Facebook – 90% of those surveyed read their newsfeed at least once a day and 80% actively respond/comment on their friends’ updates/ pictures daily. What does such a high level of interaction mean for brands? Huge readily available audiences! Advertising on Facebook yet?

However, it’s not just social media that people are flocking to their mobiles for. More and more people are using their mobiles to purchase products and services than ever before. eBay predicts $20bn of mobile revenue for 2013, and describes mobile as being at the heart of the high street of the future.

Is your site mobile optimised? If not – I wouldn’t wait too much longer.

What role do apps play in the mobile revolution?

How can we talk mobile without talking apps? Love them or hate them – we hold Apple responsible for kicking off this craze 5 years ago. The global app industry is now estimated to be worth around $25 billion globally and just last month – it made Nick D’Aloisio its latest teenage millionaire.

With over 1.5 million to choose from (800,000 on iOS and 700,000 on Google Play), reports unsurprisingly suggest that on average, users have 37 apps on their smartphones. But an app isn’t necessarily the right answer for every business. My advice: if you don’t have the budget to do both – prioritise a mobile optimised site first.

One key capability behind the mobile revolution is that of location services. I know I’m addicted to checking in on Facebook at any new or different places I visit – and looking at my News Feed I’m not alone. But one of the big winners in this space has been Foursquare – but not for the reason you might think. When Foursquare launched I got hooked for a while on checking into places; even becoming the mayor of a few (admittedly one of them was my own home!).

However, it’s more limited user base than some of its competitors soon meant I lost interest and used it less and less. But it has fast become the default API for app developers to source their location data and this is its strength. In fact, of the apps I use most regularly today, many have their location services powered by Foursquare: Facebook, Instagram, Vine and TomTom to name a few.

Facebook isn’t building a phone in the same way Apple builds the iPhone; rather Facebook Home is more like an app, but one embedded deep within the Android operating system. To ensure the most exposure to your Facebook activity, Home replaces the current home-screen of your device with an entirely dedicated Facebook experience.

Facebook Home will be available as a free download across a variety of Android devices (at this stage, the HTC One X, HTC One X+, Samsung Galaxy SIII and Samsung Galaxy Note II) and will start to roll out in the weeks ahead. Will it change the way we use our mobiles?

Well the jury is still out, but from the screenshots we’ve seen so far, it looks pretty slick.

Andrew Lane is the Business Growth Strategist at Traffika. Andrew is a self proclaimed digital geek, DJ and keen snowboarder!