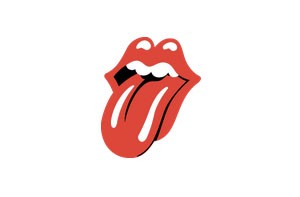 Most companies need to create a brief at some point.

It may be to engage an agency to develop a website, create an advertising campaign or, create a brand.

Some lessons from Mick Jagger

This is a real letter that Mick Jagger wrote to Andy Warhol in 1969. The Rolling Stones wanted Warhol to design the album cover for what would be their ninth studio album, Sticky Fingers.

Here’s why this brief is awesome and where it’s not: (In reality, this is just awesome because it’s real!)

2. Set the ground rules
Jagger also explains why fancy features can create headaches and cause problems with delivery of the album. He does this simply and effectively.

So, he has given Warhol some direction but, not so much that his creative process will be inhibited. However, Warhol has never created an album cover before so, this bit of advice about the process and potential problems is vital information to share.

3. Set expectations
I am sure Mr Steckler was appalled at Jagger’s sign off on the letter. But, in doing so, Jagger has told Warhol the next steps in the process: he will be contacted, given more information and a deadline will be set. However, as Jagger is the real customer here, he’s made it clear that he’s flexible around the deadline.

However, Jagger has not set a budget. Which is fine if you’re a multimillionaire rock star and you’re engaging a multimillionaire artist. It’s probably not advisable in any other circumstance. Always stipulate your budget, unless you have unlimited funds.

4. Don’t be too vague
This is where this brief falls down. While it’s witty, jovial and awesome in so many ways, most agencies or creatives may be overwhelmed by the vagueness of the brief. Granted, it was 1969 and these guys were breaking new ground in all sorts of ways. Vague was the new black, so to speak.

There ‘two boxes of stuff’ mentioned in the letter. But, to provide some clarity, some more detail around why what was in the boxes and why it was important would have be helpful to most creative souls. And, while Jagger has explained what may make the project fail or be delayed, he probably needed to give more direction about his expectations.

I’ll explain shortly why more discipline in direction may have been needed.

So, what was the outcome?

The Rolling Stones got their album cover designed by Andy Warhol. The album itself became one of their most successful.

Warhol’s album cover design is a close up photo of an actor’s crotch. The crotch of the actor’s jeans featured a real zip. The rest, you can work out for yourself.

In the 60s this album cover was considered extremely risqué and, that no doubt contributed to the album’s success. That, and the fact that it included songs like Brown Sugar and Wild Horses.

However, the problem with the cover was that the real, metallic zip ended up scratching the LP inside. That is, despite Jagger saying that adding extra stuff to the cover can complicate matters, Warhol ignored it. When the records were stacked, the zips scratched the record inside. The only way around this was to ship the records with the zip half undone to minimise damage.

This all could have been avoided if Jagger had of been more specific about adding these kinds of features to the cover. Or, as the real zip was so intrinsic to the cover design, the situation could have also been avoided if someone had made a sample album cover and tested it to see if any problems arose. The scratching would have been identified sooner and the design adapted to avoid customers getting scratched records.

So, the next time you need to create a brief, consider all that we’ve learned here from Mick Jagger. I’m know your creative agency will appreciate it.