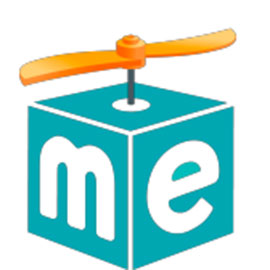 In recent years, local entrepreneurs – at least the more ambitious ones – think of Australia as a huge incubator in which to spawn startups before they carry them to the ‘real’ global market. 99Designs, Bigcommerce and, most recently, InStitchu are examples.

Jeremy Reid’s PinchMe rings truer than most. The startup – which seeks to build a business out of handing out free packaged goodies to members – considered Australia the beta market, and the U.S. the real thing. Reid says the plan — always — was to take PinchMe to the U.S. within a year of the Australian launch.

True to his timetable, PinchMe launched in the U.S. last week with deals that will deliver Gevalia gourmet coffee to members. According to a report in AllThingsDigital, the Kraft Foods coffee brand has “committed to sending out 200,000 samples to PinchMe subscribers before year’s end.”

Anthill first reported on PinchMe in April when it came out of stealth mode. PinchMe – a “believe-it-or-not” for consumers – lets members receive free samples of some commonly used boxed goods such as cosmetics, toiletries and much more. In Australia, PinchMe signed up nearly half a million members who received product samples from global companies such as Procter & Gamble, Nestlé, Johnson & Johnson Pacific and Heinz.

Reid wants to do this on a more gigantic scale – something only the U.S. market provides. He believes the PinchMe platform “works amazingly well in the U.S. market” because it has 330 million consumers and $1 trillion in sales of consumer packaged goods. Besides, Reid believes the market is far more competitive as well, which means the brands will “need to work harder to get into the consumers’ purchase basket.”

How does it really work?

The U.S. market has existing players such as NatureBox and Birchbox that deliver product samples but are not free. PinchMe is believed to be the only that is free. User can choose the products they want to trial on a bi-weekly basis. Consumers have an obligation to fill a “six-question mini survey,” and can also win Pinching Points leading to grocery vouchers.

‘Buy Now’ will be key, eventually

For brands, PinchMe provides product insights and consumer demographics, but the direct path to consumers might be the most important for the startup itself. That is because an affiliate sales model is going to be its major source of income, which means it needs to encourage members to eventually click on the “Buy Now” button, a feature that redirects them to retailers that sell the products. The brands, predominantly, pay only the packaging and shipping costs, according to AllThingsDigital. “We’re not making money on the sample side,” he told the website.

PinchMe has not disclosed its funding. But Reid says it’s in the order of many millions. Investors include the U.S. ad agency Droga5, besides the Stokes family, the Liberman family, Seek founder Andrew Bassa and others.