Open Banking is the first step in fixing a bigger problem - Lumi
Wednesday, May 19, 2021 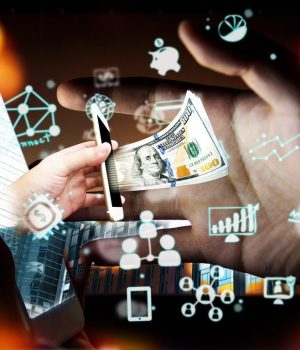 What often appears as separate issues with a company or industry often comes from a single, much larger flaw. High staff turnover and poor morale point to poor leadership.

The rapid collapse of companies belies a lack of regulation, such as the Global Financial Crisis in 2008.

Despite the much greater regulation, throughout the western world, banks are still mistrusted by the populations they serve. This is a big indicator that the fundamental problem with the banking industry hasn’t yet been solved.

I don’t believe that people will always hate banks. The lender-mortgagor relationship isn’t destined towards animosity. For example, there are plenty of people who like their landlords whilst being tenants.

We are inherently wary however of people and organisations that clearly have no reason to care for our interests.

On a fundamental level, when dealing with giant banks, we know they aren’t as invested into our success as we are.

There’s only one way to address this: we need more competition. With alternatives abundant, those looking for a small business loan, mortgage or other financial products can start to feel that they matter in the long run.

This is easier said than done. In Australia, we have four big retail banks. Competing with them is no joke – their resources and scale allow them enormous influence and power over the market.

They are also not incompetent like a true monopoly-holding organisation – they must compete with each other, after all.

So, how to even the playing field between the big four and the rest? We have taken the first step with Open Banking.

How does Open Banking help?

From July this year, alternative lenders like Lumi are now able to access the same rich data from customer current accounts, credit history etc. to make better decisions on who to lend to.

Fewer bad loans is a benefit to everybody, and it cannot come fast enough.

The coronavirus pandemic showed us that the banks are simply too slow at distributing funds to small businesses in particular, with Fintechs like Lumi providing a vital lifeline for thousands of businesses across the country.

It would have been hugely beneficial to have this data made available at the start of the pandemic.

That said, Open Banking is not a panacea for Fintechs to now compete with the big banks. It fixes one issue, but helps shine the light on a few bigger cracks in the system.

There are some major policy changes at the federal level needed before we can truly say we are on a level playing field competing with banks and other overseas competition.

As a result, the Australian debt capital market is much weaker than it otherwise would be. This is now, regrettably, a heavily politicised policy so change here will be slower than anyone in the industry would like.

Second is the issue of data ownership. Whilst we can access more data now than ever, ultimately it still belongs to the bank.

This is a curious state of affairs, as the business customers themselves are generating the data, the bank is merely collating and storing it.

Creating a policy where businesses own their data, and can share it how and when they please, is the only real method of making sure bigger competitors don’t leverage data-driven advantages against smaller rivals, killing innovators and challenges to their lucrative status-quo before they get off the ground.

The technologically savvy amongst us will recognise that data ownership is an issue not just in finance, but everywhere. Google, Facebook and Amazon to name just a few have built their empires on user data.

The banks are very much doing the same. The end result of this can only be consolidation – the great enemy of competition and ultimately the best argument against capitalism.

Open Banking is just one small step away from a consolidated, crony-capitalist future.

It should be celebrated, and the innovation that comes as fintechs begin to make use of this new trove of data will, I hope, drive home that we are all better off with a level playing field when it comes to data.

Yanir Yakutiel is the CEO and Founder of Lumi, an alternative lender. 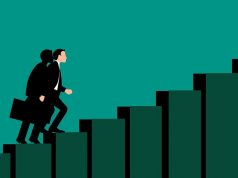 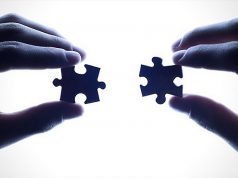 Yanir Yakutiel - Jan 22, 2016
0
When Oli Gardner and his co-founders first came up with the idea for Unbounce, most of their planning sessions were all about the complex...

Yanir Yakutiel - Jul 6, 2015
0
Recorded guerrilla-style in the basement of York Butter Factory, the linked video course is a rollicking, authoritative lesson (with some colourful language, mind you) from someone who has been through it all. In this Cheat Sheet, we cover three hot tips from the lesson, with a focus on helping business owners grow and increase profitability: Why entrepreneurs need to think about “the end," why cash flow is king – no matter what you’ve heard, and why you need to have a vision for success.

Yanir Yakutiel - Jul 31, 2014
0
Xero recently held its annual meeting in Wellington, during which the company revealed some interesting details about its future. As has been widely suspected, the...