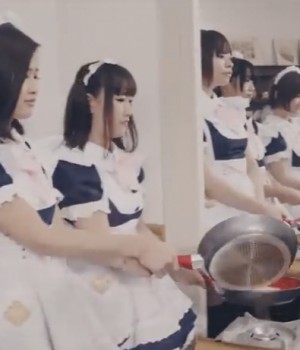 This is a Japanese ad for Flavour Stone fry pans.

You know the ones. They are often featured in infomercials, and then suddenly appeared in Woolworths shelves with “as seen on TV” on the box.

In Japan, it seems, these pans are red. They are blue-grey in Australia.

And well, these are, a fry pan. Apparently no oil.

But, this Japanese ad goes to amazing amount off effort to make a single pancake. Granted, it does not seem to stick to any of the 100 pans used in filming.

Sometimes, if you’re product is very simple, it pays to make a complex story to show it off. This ad has been viewed more than 1.5 million times in less than 10 days.