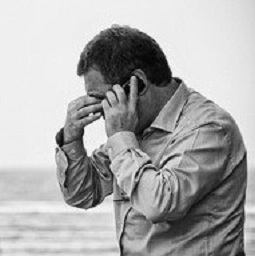 According to the Head of Corporate & Commercial at TurksLegal Pieter Oomens, recent amendments to tax legislation increase the reach of the Australian Tax Office (ATO) to recover, from directors, personally PAYG contributions that their companies have failed to pay. Further, the amendments empower the ATO to recover from directors unpaid super contributions that their companies’ workers have missed out on.

What do these amendments in tax legislation mean for directors?

According to Mr. Oomens, those thinking the ATO will just sit on these amendments need to think again, “Having achieved these changes the ATO will not hold back.” He adds, “Directors need to understand what these new tax laws mean for them and given that some of the changes will have a retrospective effect they need to put their corporate houses in order.”

Now, some companies might be brushing it off thinking of playing the usual legal tricks around it. On the contrary, there is no ‘wiggle room’ under the new regime, as directors can no longer avoid personal liability by placing the company into administration or liquidation when PAYG withholding liabilities are unpaid and unreported three months after their due date. Furthermore, the same will now go for superannuation guarantee charges.

“Although the changes are designed to target directors of companies engaging in ‘phoenix’ activities, the legislative net is cast more widely. Other ‘at risk’ directors would include those who make the mistake of thinking that they can temporarily ease cash flow pressures by using money that should go to meet PAYG and superannuation charge commitments. Like a gambler on a losing streak waiting for things to change, they might end up losing more than they counted on,” Mr. Oomens said.

While directors have been personally liable for unpaid PAYG taxes for some time, under the new regime, liability are extended, exit strategies removed and time limits stricter.

“The new regime has been targeted at directors who do the wrong thing. The get out of jail free card that existed will now be taken away. Even if as a result of the amendments new directors of companies are given a grace period before they can become personally liable, the penalty for accepting an appointment without requisite due diligence will significantly increase,” Mr. Oomens advised. Don’t say we did not warn you.