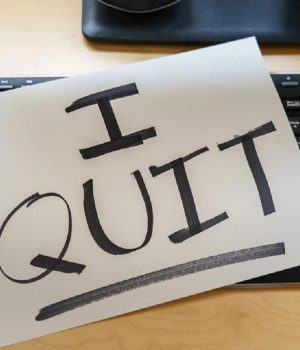 The ‘Great Resignation’ and ‘The Turnover Tsunami’ are two terms to describe how the Pandemic has resulted in a wave of resignations or intentions to resign like ‘nothing we’ve ever experienced.

Given that it’s headline and front-page news, does it make it the truth?

If you are fortunate, then you will be attracted to the good old ‘consultants bearing gifts’ game in the form of surveys to ensure that your business is not decimated in a mass exodus through the ‘Great Resignation’ or Turnover Tsunami’?

Here’s some of the media headlines trying to hide the story:

So sweet is the nectar of these lies we can’t seem to get enough of it.  Check the latest LinkedIn feed and I’m sure you will uncover more articles about the ‘Great Resignation’.

Even better, do a YouTube search and you will be filled with thought leaders who are using fear as a powerful way to weaponise the impending tsunami turnover.

What is the fuss with ‘Great Resignation’

They typically wrap it up in a neat little bundle and call it ‘futureproofing’ your business.

How much of this is real and how much is a convenient truth that is being rolled out by those who have a motivation to hide an inconvenient truth, or even worse, create a favourable commercial outcome for themselves and their organisation?

There are many right now who choose to hide behind some statistics in order to cover up what has been an underlying issue for decades.

It helps them to justify their existence and remove themselves from the responsibility that they have to create conditions where those in their care will choose loyalty over leaving.

Despite a spike in resignations and intentions, it is also worth noting the following:

Scott Dust says, “The other cited statistic behind the assumption of the Great Resignation is that 95% of the workforce is considering leaving their organization.”

“Considering is not the same as actually leaving, and the fact that employees have an eye out for new opportunities has been the norm since LinkedIn became a household name.”

What is the lie that flatters us right now?

Leadership Consultant and Truth Teller Simon Terry summed it up best in a recent article, “I’m frustrated by discussion of the Great Resignation, an anticipated wave of coming resignations. Employers are presented as the victims of this act by their employees.”

There you go, a truth bomb that is so bitter in its taste that we choose to avoid it and look for a lie that will be sweeter and more palatable as we look to hide the systemic patterns of decades of poor management and leadership.

When greed is good and profits sit well ahead of the people, and the entitled and privileged schemed up new ways to line their pockets with gold whilst squeezing the life out of the humans in their care through wage freezes and furloughs.

While you’re at it also be wary of taking the easy option here and justifying that people may be leaving your organisation 100% due to the fallout from the pandemic as this is another way of avoiding the work of understanding your part in the mess.

Have you truly engaged, shown empathy, vulnerability and compassion to the humans in your care? I’m not talking about in the last twenty months, but the last twenty years.

Perhaps that’s a starting point for sipping on that foul tasting truth we find bitter to taste should it uncover something that is bigger than a pandemic?

So, my question to you is a simple one:

Is the great resignation such a sweet tasting lie that flatters you and allows you to play the victim, or are you willing to take this moment in time to sip on the bitter truth that the absence of your true human leadership is the real issue?

Go on then, hold your nose and drink up, it will only taste bitter for a few seconds but will allow the progress humans have been craving for decades!

Mark LeBusque is a Harvard-trained consultant, author and Founder & Director of The Human Manager