Think you need to contract an industrial designer for your business?

Why would you contract an industrial designer when a Computer-Aided Design (CAD) draftsman is available? With a CAD draftsman, you will save money, get your job drawn up and be ready for production.

But, are you really saving, are you getting an “edge?”

A designer takes a holistic approach

One client of ours had a project that they already manufactured through an expensive and laborious method.

The part was currently being NC machined out of acrylic and their brief was to convert the part into an injection moulded version. This was a good idea and the cost savings in the long run would be tremendous. Certainly a CAD draftsman would be able to handle this.

They had met with a few companies to get quotes and a feel of who they felt comfortable to work with. In our meeting I stretched their brief by asking questions such as:

“Why would you keep the styling the same if you no longer have the same constraints?”

“Why not create a unique brand image?” and

“Why not use some of the required moulding features in a more stylistic way?”

Essentially we helped crystallise and shape their brief so that they stood to gain more than they originally realised they could.

We won this project and value added to the client’s product through taking a more holistic approach to what was initially a simple “redraw for injection moulding.”

It also turned out that our extensive experience with injection moulding provided the solution of moulding the entire product in one part thereby eliminating the cost of extra tooling and assembly. None of the other companies they had approached had provided a solution that consisted of less than two parts.

The praise we received from the client upon completion was very satisfying – especially knowing that we had delivered more than they expected when they conceived their project.

A designer can help you slow down and make a plan

In a second case, we were approached by a newly formed company that wanted to launch their first product on an extremely tight deadline.

They wanted to get “something cobbled together for a trade show in under a month.” Their concept involved combining two products from a third party supplier – or so they initially thought.

At our first meeting they showed me two pictures and said “take this part from here and that part from there and put it together.”

A CAD draftsman could do that, so why not?

Always loving a challenge, we stretched their initial perceptions of what they wanted to achieve.

Surely if you were building your own unique brand, you would want a product that did not look like a “cobbled together” version of someone else’s. If you have the opportunity of making your own moulds, why copy the form or layout of your competitors?

Throwing something together and sending it off to a trade show could be counterproductive for them and might create a poor perception of things to come.

The project kicked off immediately, and within a week we had a totally new concept of layout and styling. They contracted an electronics engineer who quickly laid out a PCB with components we agreed could provide the format we were after.

We 3D CAD solid modelled the design and had a rapid prototype produced. The product was assembled with the PCB and almost immediately shipped off to the trade show in Europe where it was enthusiastically received.

Our client built themselves credibility after supplying our photo-realistic images, 3D pdf’s and a rapid prototype (that looked and felt like the real thing) to their international distributors. The client was able to promote and test their product, get constructive feedback and achieve this is in an extremely short amount of time.

Designers are the right choice

As industrial designers we take a holistic approach to any project. We help build brands, reduce costs, incorporate sustainability requirements and manage projects.

These are some of the tangible and intangible benefits or “edge” that industrial designers can bring to the mix. A small cost for a sizeable return.

So, do you need a designer? If you’re looking for an “edge,” the answer is definitely yes.

Gary Bortz is the Director of Bortz Product Design, a Sydney based industrial design consultancy. He is a Fellow of the Design Institute of Australia and an Accredited Designer.  For more information, visit www.bortz.com.au 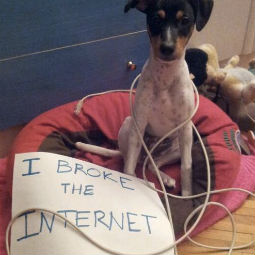