The other day I was walking through a shopping centre and saw a shop called “Forever 21”. No, I don’t think it has anything to do with the US-based chain.

It’s a great name for a shop – it promises eternal youth, the clothes of today, a Canute-like suspension of the passage of time.

You might ask what does the name of a clothing store have to do with technology? In this case, a lot. Inside the store were a lot of women the wrong side of 21, trying to suspend the passing of time. The moment you stop moving forward you become a fossil, a creature that couldn’t get out of the mud and died there to give clues to future generations of what not to do.

The same applies to business.

You have to constantly change otherwise your competitors will eat your lunch.

Quite a few years ago a guy named David Shein came up with the idea of being a value-added distributor. Up until that time distributors of technology products moved boxes and did precious little else other than demand that the resellers they were supplying buy more stuff. By providing better support for the reseller, his business became the largest and most successful distributor of technology in the country.

David ate everyone’s lunch by changing the rules and giving the resellers a reason to use him to source product over his competitors. He helped them make more money, not just because he was a nice guy (he actually is) but because it was good business all the way around.

He could have stayed forever 21, yet another one of the many. Or he could have gone out on his own and change when the others around him wouldn’t, or couldn’t.

This also applies to your business. How many people in your company will tell you, “We don’t need to change”, “We’re the market leaders”, “We’ve always done it this way,” or something to that effect? The big question is why does this keep happening? There are two answers to that. The first is the obvious one: people hate change. The second is: if things change enough, the acknowledged will lose that label.

This is the guy that will fight tooth and nail to stop you changing things to get to that elusive 1% Spend target, because it will take him out of his comfort zone and possibly turn him into evolutionary road kill.

The problem for you is that management will usually hang off every utterance from this guy, no matter how wrong-headed he may be, because he’s sold himself to be the expert. These organisations listen to him because “they’ve been so successful in the past”. The sad truth is that, in doing do, they are edging towards becoming a very small footnote in the annals of failed business.

The problem with constantly looking backwards is that you’re going to get smacked in the back of the head by whatever might come flying over the horizon. 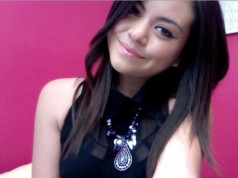