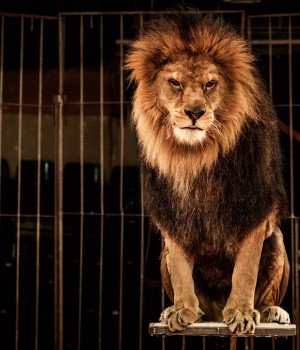 To repeat an age-old question: Are leaders “born” or “bred?”

Genes have an impact on our predisposition to lead, just as with other abilities such as running, swimming and so on. But leadership is highly developable. Research consistently shows that the genetic component of leadership capability is less than 30%. That means, at least 70% – more than twice the genetic component – of what we can eventually become can be learned.

Before proceeding further, it would help to understand the difference between leadership and management. The best way to do so may be to examine the origins of the two words.

The word “management” comes from the Latin word for hand and, obviously, refers to handling things. The origin of the word “leadership” is more uncertain. Some evidence suggests it comes from an Old English word meaning “a vein of ore.” Some linguists attribute it to an Indo-European derivation that means to “cross a threshold.” That implies self-sacrifice, which captures the principle that leadership is altruistic. Leadership also may be derived from the Anglo Saxon word “leaden,” meaning “cause to go with.”

Anyways, it is obvious that management and leadership are two different things.

Just because someone is good at management does not mean they are equally good at leadership, and vice versa. In fact, perhaps unsurprisingly, both theory and research suggest that the two qualities may be oppositely correlated. That would mean as follows: A good manager is likely a bad leader; and a good leader might be a bad manager. In practical terms, this suggests a key difference between managing resources and managing – or leading – people.

No one has so far produced a widely accepted universal set of traits that would make a good leader. Leaders have distinguished themselves notably by motivating themselves and others. That is why I believe understanding human motivations is the key to helping people be the “best leaders” they can be.

We have found that there are seven distinct levels to human motivation. This is distinct from models such as Maslow’s Hierarchy of Needs. The Universal Hierarchy of Motivation (UHM), as I call it, has recently been validated by neuro-scientific research. The seven motivational drives are shown in the table below against each level of the UHM.

The UHM shows that there are four fundamental leadership styles and three management styles, and clearly differentiates management from leadership. Management manifests from lower level drives – levels 1 to 3 – that are largely about getting what we want, as opposed to true leadership, which is altruistic. Each style is appropriate at different times, with different followers, in different cultures and in different situations. But, overall, the higher the level, the more impactful it is in the long term.

So, a key way to help emerging leaders become the best leaders they can be is to help them become more self-aware, particularly of their motivations because motivations drive behaviour.

The UHM provides an understanding and guide for all of us who aspire to lead by clarifying what must drive us to lead. This helps us, consciously, put ourselves into states of selflessness.

This is the foundation of true leadership.

Mark Oliver is the CEO of MarkTwo Consulting and author of “The Seven Motivations of Life.”