He has an undergraduate degree in electronics, a master’s degree in law from Cambridge University and a leadership development certificate from Harvard Business School.

It is, in itself, a novelty, especially if you consider that the legal profession is hardly known for its innovative practices.

It is then no surprise to find the stealth startup with the promise of making patent searches easier, better and more affordable among the five finalists of the nation’s top business plan contest – the $100,000 University of Queensland Business School’s Enterprize competition.

James and his partner, Ricky Robinson, a former NICTA researcher, have been interviewed by an expert judging panel ahead of the final “Pitch Day” in front of venture capitalists on 13 October.

A lot of the Brisbane startup’s insights come from James, a former venture capitalist. He seeks to shake up, or even overturn, almost everything about patent discovery as we know it, making HaystackHQ one of the most exciting startups of its kind.

HaystackHQ leverages the absolutely latest HTML5 technology to solve a complicated legal problem. Even though intellectual property is highly valued today, researchers have few new tools to protect their rights. Today, it is hard to discover the entire range of existing worldwide patents.

Also, available tools offered by companies such as Lexis Nexis, Thomson Reuters or even Google Patents are “incredibly expensive and difficult to use,” according to James. Consequently, these tend to be reserved for the in-house IP counsel, he added.

To ease this pain, HaystackHQ has developed a user-friendly inn-browser web tool – as opposed to one that requires expensive computer servers – that scans millions of international patents that then “maps” the results, displaying them in a topographical 3D landscape.

“It’s great to have a cool idea or invention, but before you get excited about developing it you need to find out who else in the world might be working on it, what patents already exist, and where you fit in,” James said.

“There might be 1,000, or even 10,000 related patents that you should be reading to find out. That’s a tedious process. What our tool does is find the patents, read them, figure out what similarities or relationships there are between them, then take those long lists and put them in groups that are represented in a topographical map of mountains and valleys. The size of the mountain indicates the amount of patents.”

Exciting as it sounds, HaystackHQ has one huge mountain to climb. It needs to demonstrate the real efficiency of this software. What it has is essentially a proof-of-concept stage.

“We’re at an early stage of development.  We have working prototypes, but do not yet have a publicly available working solution – although we hope to change that in the near future,” James told Anthill.

James expects a win in Enterprize could be a “massive leg-up” for HaystackHQ’s founders, who have been building the company during their spare time.”

“We are looking for investors to help us translate the market research and technical development that we’ve done to date and work with early users to deliver a robust working solution, and execute against our marketing strategy,” James said.

The other Enterprize finalists are:

…which seeks to bring to market the world’s first drug to delay onset of cataract or slow its progression.

…which has developed a low-cost chemical mix, integrated with dosing optimisation software, to stop corrosion in concrete sewer pipes and prevent associated odours. The startup is based on technologies developed at the Advanced Water Management Centre at the University of Queensland and comes from over a decade’s research sponsored by several Australian water utilities.

…which has developed an inexpensive and environment-friendly way to make hydrogen, used widely in industries such as petroleum, chemical, food and steel. Its innovative low-cost fabrication technology uses synthetic calalysts to split water into hydrogen and oxygen; and

…an Internet hub that seeks to host innovative global competitions that will help build predictive models from a variety of data. This can be used by several industries including insurance, which, for example, can analyse data to predict fraudulent claims in the future.

Runner-up Vaxxas, which is pioneering a needle-free vaccine delivery system called Nanopatch, has attracted $15 million from a consortium of investors as it seeks to revolutionize delivery of preventive healthcare. 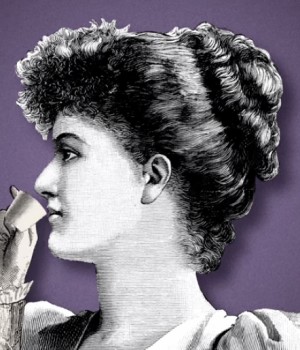