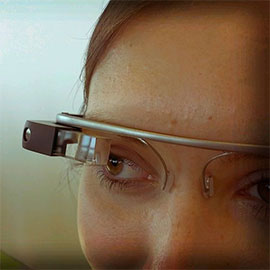 Technology is all-pervasive and ubiquitous. It touches nearly every aspect of our lives and follows us just about everywhere.

Technology has created a virtuous cycle in which we readily embrace the new and, hold huge expectations of what it should deliver.

Wearable tech – exemplified by the arrival of a variety of fitness gadgets and more recently that of Google Glass, albeit in very small numbers, and smartwatches – are raising expectations across the world. It seems Australians are not to be left behind and expect these gadgets to rapidly enhance their lives – even their love lives!

You’re at the cutting edge, mate!

That, in a nutshell, is a finding by cloud services provider Rackspace Hosting (NYSE: RAX), which ran a survey of Australians already using some form of wearable computers.

First off, the survey found Australians to be a little ahead of Americans and Britons in adoption of wearable computers – 35 per cent, compared vs. 18 per cent. This is likely a red herring because Rackspace’s survey in Australia has come a few months after the ones in the U.K. and U.S., a period in which wearable computing is rapidly gaining mindshare. Still, Australians can feel good about being at the cutting edge of technology adoption.

In the Rackspace survey, nearly two-thirds (64 per cent) of the 750 Australians who used gadgets such as health and fitness monitors, smart glasses, watches, clothing, or cameras, said the cloud-powered devices “enhanced” their lives.

Here are some key findings of the study titled, “The Human Cloud: Wearable Technology from Novelty to Productivity:”

“We are at the beginning of massive mainstream uptake of wearable devices, with the impending launch of wearable devices from a variety of multinational organisations set to further boost adoption,” said Angus Dorney, Rackspace Australia’s director and general manager.

Privacy an issue but that’s not going to stop us

Still, many Australians are open about sharing personal data when it helps their lives – a clear possibility with the so-called Internet of Things, when everything from toasters to road traffic sensors get connected.

One in four, for example, said he or she would be willing to use a wearable health monitor and share personal data with a healthcare provider if it led to better quality of health, healthcare or lead to reduced premiums or fees.

The Rackspace survey was conducted by Pure Profile, which surveyed 750 Australians aged 18-64.