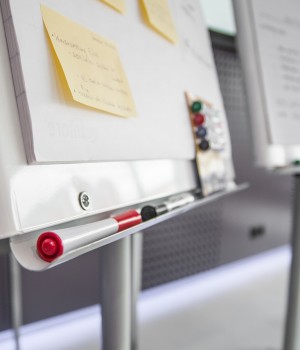 There is a dramatic discrepancy between the age we live in and the educational practices that are still common. We have seen innumerable technological advances and changes to the way we learn, make money and live and yet, mainstream education is still stuck somewhere in the early 20th century.

The good news is that edtech startups are a big part of the startup explosion we have been witnessing lately. On average, edtech startups will come with fantastically innovative ways of doing things, accomplishing things and ushering significant change.

In other words, there is a lot to analyse and adopt from edtech startups, regardless of whether you are an entrepreneur, what your company is all about and what industry you are in. Today, we will be looking at some of Australia’s most interesting edtech startups of the last couple of years and what we can learn from their success.

1. No need for aggression

There is this misconception among many people in and around the startup ecosystem that all startups need to be aggressively disruptive, almost destructive. Unless a startup makes ten large corporations sweat, it is not a bona fide startup.

This is, of course, nonsense.

Some of the best startups are more of an annex to something that already exists and they know how to use this symbiosis to their advantage. A great example of this is PeerTute, a Sydney startup which enables peer-to-peer tutoring for college students.

Its main selling point is that the tutoring provided is very college-specific and subject-specific, providing tutees with exactly the stuff they need. In other words, PeerTute understands its close connection with actual colleges and subjects and utilizes it to help its users get precisely the knowledge they need.

The startup ecosystem is often too eager to adopt the latest technology hype and it often results in overextending one’s capabilities or wasting money on something that does not work in the end. This is also a common side effect of tackling technologies that haven’t been around long enough to be properly vetted data-wise and investment-wise.

That being said, an entrepreneur should never be a Luddite. A startup should always strive to new technologies, if nothing else, then to try out new things.

A recent example of this is the Australian edtech startup Cogniss (a brainchild of 2and2), a platform which can be used to make one’s own educational and training apps. Cogniss combines big data, neuropsychology and game-based mechanics to enable its users to develop the most effective educational apps possible. Moreover, their platform supports augmented and virtual reality games, which is yet another way for Cogniss to push the envelope, technologically speaking.

3. No problem is too small

One of the best advice you can get as an entrepreneur is to make problem-solving your starting point. Is there a problem many people have? Is there a satisfying solution to that problem? Can you solve that problem in a sensible way?

And while many entrepreneurs have adopted this problem-solving view of the market, they often give up on an idea because it seems like a problem that is too tiny and rare. More often than not, it is not.

Let’s take Thinkswap as an example. This Australian startup came to life when its founders decided to solve the problem of note-taking in college and high school classes. They realized that many students fail to take down everything that is said in a class and that other students do it better. Their solution was simple – a peer-to-peer service where students can sell and purchase notes. It has grown from mere class notes since then, but the original idea was really simple.

It sounds like a tiny problem that affects only a tiny portion of the population, right? Well, Thinkswap has been going on strong for years.

Conversely, a good partnership can do amazing things for your company. Once again, let’s take a look at the examples.

For example, in 2016, Mathspace partnered up with Pearson, integrating their software into MyMathLab, Pearson’s flagship online homework and tutorial product. This exposed Mathspace to millions of new users in the world’s most lucrative market.

More recently, GO1 accomplished something similar by partnering up with Totara, an LMS giant. The Australian company increased their customer base by an insane 2,000%

In both these cases, both interested parties had something to gain from the partnership resulting in very clear-cut win-win scenarios.

As an entrepreneur, you cannot be dogmatically averse to partnership, nor should you run into them without thinking about consequences. Consider your options carefully and make sure that your future partnership is a win-win one. Unless both parties benefit from it, there is something wrong with it.

As you can see, Australian edtech startups know their stuff and they know how to get results. Learn from them, modify the lessons you have learned and become a better entrepreneur.

Dan Radak is a marketing professional with eleven years of experience. He is a coauthor on several websites and regular contributor to BizzMark Blog. Currently, he is working with a number of companies in the field of digital marketing, closely collaborating with a couple of e-commerce companies.