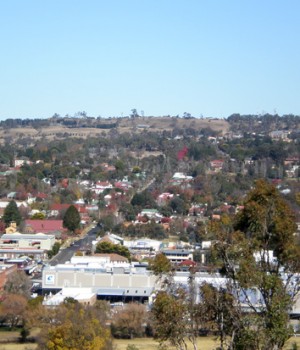 With major cities offering limited and expensive office space, high production costs and a cutthroat competitive environment, more and more small business owners are flocking to regional cities to capitalise on their technology advances and lower cost of living.

Many entrepreneurs are relocating their businesses to regional cities such as Armidale and Albury due to the attraction of financial, technological and lifestyle benefits they offer.

Anthill spoke to three such entrepreneurs in regional areas and they shared in detail their reasons for moving as well as their personal experiences with operating a business in both the city and country.

Steve Semmens, 52, relocated his business coaching company, The Persuader from Brisbane to Bathurst in 2012.

“In Brisbane, we lived at Wakerley, a great suburb to live in, and the boys went to Morton Bay Boys School, an excellent school,” he shared. “I had also built up a great network of business contacts and a successful business, and I generally enjoyed living and working there.”

“However, the main issue was that Brisbane was starting to get more like Sydney with more traffic issues and aggressive people,” Steve pointed out.

“Looking back, I do miss my Brisbane friends and customers, along with the acting opportunities and touch football competitions,” he admitted.

“We moved to Bathurst for family reasons so that my wife, Sharyn could be closer to her aging parents and our kids could get to know their grandparents,” Steve revealed.

“Our main concerns were around Sharyn finding employment, relocating my business, the shift of climate – cold weather in winter and that they had at least one place to get a decent coffee. “

He says it has taken a while but his business has taken off, his wife has a full time job she enjoys, and the boys go to great schools. “We have a great life style here and we are only three hours from Sydney if we start missing the big smoke.”

“The best bit is there is no traffic jams. I am a three minutes’ drive from my office. The longest it takes to visit a client is 10 minutes and there are many places to get great coffee.”

“The people in Bathurst are warm and welcoming and we have met some amazing people since we got here,” he added. “We have no intentions to move anywhere else in the foreseeable future.”

“We failed to successfully start up in the city.”

Kate Bullock, 35, who runs Hideout Cafe Wodonga, and Brick Lane Restaurant and Bar, relocated from Sydney to Albury in 2010. The café was opened two months after moving.

“We failed to successfully start up in the city,” she revealed. “Competition was dog-eat-dog; cafes side-by-side driving each other’s profit margins down.”

“The rent costs of both office spaces and housing were astronomical,” she added. “We missed out on leases to shops, because agents and landlords favoured national brands over us; a risky start-up, and why wouldn’t they!”

Kate further revealed that to start up in Sydney, they were looking at taking on four times the debt, and their living costs would have been higher too.

“In the end we looked at Evocities just to get started. We thought we’d treat it like a ladder, start with a small step, and after a couple of years and move back to the capital city.”

However, they fell in with Albury and didn’t really want to leave behind the lifestyle, restaurants, theatre, arts, shopping. “Within a year we had carved out fantastic market-share, we received business awards, and felt entrenched in the community and in the local business community too.”

“We did the sums and worked out that with less competition, less rent, less debt, less living costs, we are significantly better off, and so it has become more attractive to expand here, rather than move back to the capital city,” Kate said.

“We still keep connected to the capital city, visiting often looking for fresh ideas and trends,” she added. “We pay freight on everything! But it’s a great excuse for a trip to the capital city – at leisure and not fighting peak hour traffic! It’s only five minutes to anywhere, including work.”

All the way from the other side of the Pacific

Adrian Wood, 24 relocated his information security company, WHITEHACK all the way from Alaska, USA to Armidale, NSW in 2013.

“The change in lifestyle was the biggest point of difference; whilst Armidale is a well-equipped city, there are obviously some things you only find in major population hubs,” he shared. “Overall, I prefer the lifestyle in a regional city and would avoid running my business out of a major hub.”

“As far as business is concerned, it is difficult to say what impact settling in regional NSW has had, if opportunities have been lost or anything of that nature; but I’m happy with the pace of expansion and no client has taken issue with my location, which is part of the beauty of the consultancy business, where so much can be achieved remotely with the right tools and systems in place.”

Adrian says having their main operations take place in Armidale has been a great way to reduce their extensive data costs. “The cost of internet services here is comparatively really cheap due to fiber to the home connections.”

“This sort of connection is not really available in many other places in Australia to my knowledge without extensive capital investment on behalf of the company if you were to install your own fiber, so it has been great to keep our costs down.”

“I’d place the savings at somewhere between 10 and 15k per year, depending on providers and the specific circumstances in the building or suburb I was to relocate to in the city.”

Adrian further pointed out that on top of these savings; other costs are much lower as well, such as the cost of renting an office space.

“For a consultancy firm that does a lot of onsite work, of course my travel costs are a bit higher than before, but there are some positive tax implications associated with the travel costs, not to mention my cost of living has decreased significantly,” he added.

“My ‘commute’ time from Armidale to Sydney central is quite short, a quick 45 minute flight and a short cab or train ride depending on the time of day and wherever I need to be in the capital city centre,” he disclosed. “Given the significant savings I make elsewhere I still think I come out ahead.”

“The only time things get a little bit difficult is in the case of an emergency last minute flights can be expensive, but with two airlines to choose from I haven’t yet been stung too hard.”