I think it is safe to say that most entrepreneurs are pretty motivated people. To risk everything to create something new, you have to have a fairly clear idea of what you want to achieve. However, after talking with hundreds of entrepreneurs, I have come to conclusion that this clarity of thought is often our greatest undoing. It means that we often define success according to a singular path, failing to recognise that there are many ways to achieve the same objective, but more importantly, that there are also many different objectives that can constitute success.

In my last post, I copped a bit of flak from one reader,which got me thinking about this very issue. I am a big boy and the criticism does not bother me. It is part of putting yourself out there via a blog. However, the nature of the flak was somewhat unexpected. Disagree with what I am saying… sure thing… but a few individuals have questioned my authority to dole out advice given my so-called “lack of success”. Although I pointed out that my blog merely expresses an opinion rather than doles out advice, a few of the comments called into question why anyone would even read this blog given the author has apparently yet to achieve anything.

Success is a journey

I have two entrepreneurial friends who most people would consider successful. One lives in London and sold his business last year, at the height of the financial crisis, for just over GBP60 million . Twelve months earlier, we spoke over Skype about how he was almost ready to call in the liquidators. The day before he sold, he could barely afford to buy milk.

The other lives in Mumbai, and runs a highly successful, market-leading private equity fund. It took him over five years of limited opportunities and questionable returns to prove his business.

At any time in those first five years, and prior to exit for my UK friend, would we have considered them successful? According to the comments of some of my detractors, neither of these two individuals would have been worth listening to during the course of their struggles as they had yet to achieve anything.

On the rare occasions that I take a step back from my business, I tend to be surprised. We turnover millions of dollars of revenue, employ around 40 people and receive fan mail daily. Between 4,000-5,000 people walk through our doors every day, and we play a massive part in sustaining the business of a number of small niche publishers who would struggle to exist without us. We create economic value and our brand enriches the lives of thousands of people. Is this success? Or is it purely limited to our bottom line as of today?

In previous posts, I have also discussed my experiences around capital raising. A detractor mentioned that raising capital in itself is not success — they correctly pointed out that what you do with that capital is pretty damn important. However, for all those people who are struggling to raise capital and come to me for advice on how to go about it, success, in their particular circumstance, is a step-by-step affair where my experience in raising equity and debt capital is something that is of value to them. Just in the same way as my UK friend’s advice on incentive structuring was useful to me, even when he was about to go under.

Success in not synonymous with learning

I have fashioned my entrepreneurial journey after two people I consider to be successful. Both took “long odd” punts, and both hit the jackpot. They are now two of the richest people for their age going around the traps.

When I first started my business, only hitting the jackpot would have been success. However, talking to many of you has opened my eyes. An excellent institution, called the Entrepreneurs Organisation (EO), which is a highly organised, global group, also helped me to realise that entrepreneurial success has many different forms.

Through EO, I meet with a group of seven entrepreneurs every month. Every one of these people is successful in their own way, much more successful than I consider myself to be. And yet, not one of them has gone down the same path as I have. Prior to hearing their stories and learning about their businesses, I would have probably dismissed them and what they do as irrelevant to my global ambitions. However, in the same way that a particular commentator mentioned that I run a glorified newsagency, ignorance only really hurts the ignorant. I have learned so much from these individuals, none of it more important than the fact that success is both relative and changing.

Ultimately however, success is irrelevant when it comes to learning. The failures relayed by those in my EO group have taught me more than their actual successes. And that is why the criticism from my last post was unexpected. Debate around content is fine, but only wanting to hear from people who have followed your definition of success and arrived at the end of that journey is, in my opinion, narrow minded.

I no longer think that being a successful entrepreneur is about raising capital, avoiding as much dilution as possible, and then exiting so you can retire to the beach. To some of my entrepreneurial colleagues, the word “exit” is what you find over an emergency door. Many of these people earn a wonderful living for themselves without ever understanding discounted cashflow modelling, Monte Carlo analysis or ever having to think about exit multiples. And for many of us entrepreneurs, we will never realise the success that we dream of.

Yet, rather than being judged for whether we live up to our own narrow definition of success, maybe what we should be doing is ignoring the word altogether. Or, at the very least, widening our definition of success to encompass various objectives, and when all else fails, to incorporate the journey and not just a single point in time.

To the detractors from my last post, if I were to trade sale or pull off a successful IPO tomorrow, my experiences in getting to this point would be the same as they are today. 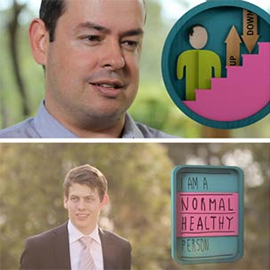