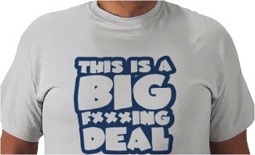 Whether or not times are tough, a dollar saved is a dollar earned. And it seems Australian households are getting better at the savings game.

According to the ING DIRECT Household Financial Wellbeing Index, Australians are enjoying the highest level of financial wellbeing since their tracking commenced in 2010. But it doesn’t stop there, since we are all high-achievers. 2015 is set to be the ‘Year of the Better Deal’.

What are we going to save on?

The key finding of Q4 2014 is that 79% of Australian households surveyed are looking for better value from main suppliers, from groceries to insurance premiums.

Among those looking for savings, a 20% reduction of costs is expected from the main suppliers.

Sounds like a pipe dream. How are we saving that much?

Ever heard that what you ask, you shall be given? Or something along that lines.

Well, even if you aren’t given the better deal, asking doesn’t cost a thing.

And, it’s not just asking that could save you the money. Among the various strategies in lowering grocery costs, 65% of households will purchase more items on special and 55% will cut back on non-essentials.

In the areas of power and telecommunications and insurances, a large majority of households plan to shop around for a better deal from another provider, and nearly half will negotiate with their current suppliers.

More comfortable than we had ever been?

The index has risen to 111.8 in Q4 2014, the highest since its inception in 2010. Indicators such as comfort with bills, savings, and investments have reached their highest level since tracking commenced. It doesn’t mean that we’ve all become rich over the years, but we seem to be more in control of how we use the dollar.

Mr John Arnott, Executive Director, Customers, ING DIRECT, says, “It’s wonderful to see that Australians are enjoying the highest level of financial wellbeing since 2010. Clearly, households are now focusing on taking control of their finances and getting better value for money.

“By taking a few simple steps, we can all enjoy more bang for our buck. It’s all about making our money work harder and actively seeking better value rather than having to make cutbacks. For the small amount of effort involved, it’s a strategy that will reap rewards in terms of improved financial wellbeing.”

Every year should be a year to drive a better deal.