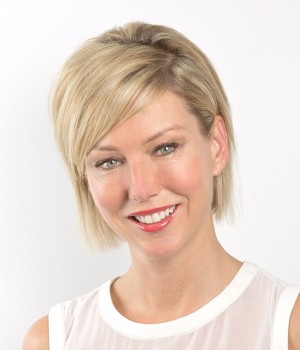 VC fundraising in Australia increased to $368 million last financial year and since July alone, a further $400 million has been announced with Blackbird Ventures and SEEK co-founder Paul Bassat each raising $200 million funds.

But early stage VC still receives the lion’s share of funding. More than three-quarters of the capital raised this financial year was allocated to seed and early stage companies, while balanced and later stage companies received just $84.6 million.

“It’s great to see investment managers such as Blue Sky attract significant capital to develop and nurture the local VC scene and invest in later stage companies. This represents and exciting turning point in the development of the Australian innovation ecosystem,” Wyatt said.

What will Blue Sky use this fund for?

“While VC is starting to reach critical mass in Australia, it’s important to ensure enough capital is available for the entire ecosystem and beyond the early stage,” Dr Stead said.

“We find the proportion of good quality investment opportunities is much higher at the later stage due to survival bias. But it is much harder for these companies to find more significant amounts of capital for late stage development or early expansion as not many funds are focussed on the late stage.”

Blue Sky is targeting the fund at institutional investors, in response to their increased appetite for VC investments.

“Institutional funding is slowly re-entering the Australian private capital market, which means companies are able to remain private for longer, rather than having to explore the public markets before they are ready.”

What has Blue Sky been up to lately?

“Half of our portfolio is now based or has substantial operations outside of Australia and we have had the privilege of co-investing with some fantastic international venture funds,” Dr Stead said.

“This activity, combined with Blue Sky’s unique 3,000 strong investor network, and multinational presence, has resulted in a substantial proportion of our venture capital deal flow originating outside Australia but usually with an Australia nexus.

“Many of the best quality deals come from referrals and we have invested in infrastructure to optimise our referral network including scouts and partnerships in strategic hubs focusing on the US and Asia.”

“The larger pool of capital will mean we can take advantage of the great later stage opportunities that come through our networks, through a captive fund instead of as stand-alone investments which allows us to move quickly and provide investors with a portfolio approach which we think is important for mitigating risk for investors, even at the more advanced stage we invest at.”