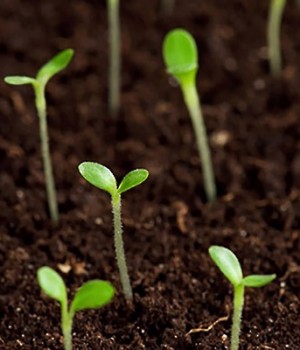 Online accounting giant Xero recently released new findings from its Small Spark survey, which uncovers how and why Australians are starting their own small businesses.

Surprisingly, only two in ten (21 per cent) Australian small business owners had any form of outside financial help in getting their business off the ground. The overwhelming majority (79 per cent) chose to fly solo, relying on their own savings (46 per cent of self-starters) or simply diving in on a shoestring (33 per cent).

“This is an incredible figure — that eight in ten small business owners get started with no outside financial help,” said Trent Innes, Managing Director, Xero Australia.

“It’s astonishing that they’re able to survive and thrive, and there’s no doubt they are doing it the hard way. This success and determination makes us so proud to help small business owners around the country, and continue to build tools and partnerships that make it easier than ever to turn an idea into a business.

“This shows that by continuing to work on new ways of funding small businesses, we’ll be able to help ignite this important part of the Australian economy.”

How ideas are turned into thriving small businesses

The survey, which canvassed the experience and opinions of more than 340 small business owners, revealed a number of interesting insights behind how small businesses actually launch, including:

Aussies are fast starters – Close to two in five (39 per cent) Aussie small businesses owners started their own venture within a year of having the ‘spark moment’ — when they had their first inspiration to start a business — while more than one in five (21 per cent) started their business within one month. Younger Australians are more likely to move faster on their dreams with more millennials (38 per cent) starting their business within one week of having a spark moment than any other generation

Small business owners work hard – Almost half of Aussie respondents (48 per cent) admit they now work ‘much harder’ running their own business than they did previously, and almost one in two (49 per cent) would go back to being an employee

The Xero Small Spark survey also polled small business owners on their business confidence heading into the new year and uncovered a mixed outlook for 2017.

Close to half of Aussie small businesses surveyed (49 per cent) indicated they were ‘very’ or ‘extremely confident’ of growth in the next 12 months, however nearly one in three had a neutral outlook — believing their business will remain stagnant.

One in five (20 per cent) Australian respondents had a negative outlook for 2017, with 15 per cent believing that it will be a ‘tough year ahead’ and 5 per cent claiming they will struggle to survive in the next 12 months.

Will Taweel, Founder, Generation Real said, “I’m incredibly confident that we will grow in the next 12 months. I think it’s very important for any small business owner to understand the drivers that are required for business progression or growth. We’ve spent a large part of 2016 focussed on delivering great results for our clients and business partners, which has set us up to grow in the coming year. I’m looking forward to a very positive 2017.