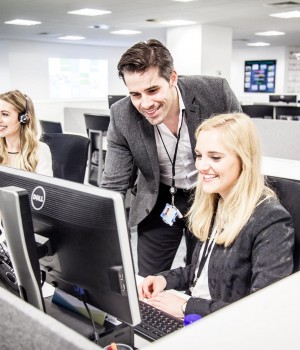 Back in the Han Dynasty (221 BC-206 AD), China’s imperial examination included such skill-testing exercises as an archery contest and horsemanship, as well as an oral exam on policy issues. Over time, they grew to include writing and music, plus the seemingly more relevant mathematics, military strategy, law and taxation.

By the time of the Song Dynasty (960 AD – 1279 AD), tests were institutionalised as a civil service exam for candidates looking to enter the state bureaucracy—helping China transition from a military ruling class to a scholarly one.

In one of my early career posts, I supervised “testing centres” for a global bank that regularly flew in hundreds of graduates from around the world to take paper and pencil numerical reasoning tests. The tests were then manually scored by my team and candidates who made the grade were sent along to their HR interviews while the rest went straight back home. Some of these folks flew across the world—for a 30 minute test!—and never met anyone from our business.

This experience wasn’t all that long ago—it was the mid-2000s. But now, just 10 years later, in a world where cost efficiency, quality of hire and candidate experience are all key challenges facing every talent acquisition department, that kind of approach is—or should be—unthinkable.

Fortunately, we’ve moved on from these inefficient and ineffective times for the most part. Companies have embraced unsupervised online testing, and have developed ways to mitigate the risk that some candidates may ‘game the system’. But one thing hasn’t changed: The notion that assessment is a serious and complicated process that can only be conducted by highly qualified professionals.

The reality of assessment today

Few would argue against the idea that the design of relevant, valid and reliable pre-employment assessments should be undertaken by specialists who understand the make-up of key psychological constructs that drive a candidate’s suitability for a specific job or organisation, such as personality traits, drivers, cognitive abilities, and so on. But there is certainly plenty of room for improvement in the way these assessments are operationalised and delivered.

• It’s no secret that mobile adoption is on the rise. In 2014, for the first time, Google reported that mobile search queries had overtaken those done on the desktop in 10 key countries, including the US and Japan. Enabling candidates to complete assessments on mobile devices—at their convenience—is a key differentiator for today’s progressive talent acquisition department.

• Generic assessments that measure generic skills or attributes provide limited value to employers and do a disservice to the candidates who take them. Today’s assessments must feel 100% relevant to the job or company to which the candidate is applying.

• Candidates are looking for an increasingly immersive brand experience throughout the recruitment process—including during the assessment phase. This helps organisations to begin imprinting and reinforcing brand values on candidates before they are even hired.

• Too often, candidates either don’t hear how they performed on an assessment—which may have taken them several hours to complete—or, at best, they receive relatively generic feedback. Smart assessments must include instant, meaningful feedback.

This doesn’t mean that everyone is sitting back. Many organisations are investing the time, effort and money into in-depth profiling of their most critical hires using a full range of online psychometric tools to assess things like personality traits, strengths and shortcomings, de-railers, strategic thinking, emotional intelligence, and so on.

Which companies are investing in assessment?

Take Samsung for example; in South Korea, as many as 100,000 individuals front up to take the Samsung test each year, with as few as five per cent making it to the next stage of the hiring process.

“Samsung is like a regimented military,” says Geoffrey Cain, who is writing a book about the electronics giant.

“They look for people who can wake up in the morning singing the company song [and] go to work. So the role of this exam, it’s really the first step in standardising what the employee goes through.

“And once they get past the exam, the idea is to acculturate them with this system — with the emperor up top, and they are the civil servants.”

Samsung won’t specify what exactly the exam is looking for, but the company emphasises that the 160-question test is only one part of the hiring process for entry-level employees, and covers logic, reasoning, maths, history and science.

The Commonwealth Bank once performed cognitive tests for applicants in a classroom-style exam, with a pen and paper. The company now offers online testing, and early-stage predictive analytics based on the voice of the applicant, through an automated voice platform.

But, as we talk to candidates and clients alike, we’re finding that assessments remain, more often than not, a check-box exercise. This is particularly true when single online assessments are used as a way to disqualify unwanted volumes of applicants. Too often, they’re used as a simplistic gating system or, even worse, as an excuse for hiring managers or recruiters to reject candidates when they lack the means to make a more meaningful, holistic assessment.

In many organisations, this testing approach hasn’t changed in years—despite ample evidence the test audience is vastly different compared to just five years ago, and technologies exist to significantly improve the process.

Across the human resources function, we’ve already seen the shift from an organisation-centric to a candidate-centric approach to branding, communications, messaging and marketing. In the world of sourcing and attraction, it’s all about the candidate.

Now is the time for the world of assessment to catch up.

Kirstin SCHULZ heads up a team of Occupational Psychologists as a Lead Manager at Alexander Mann Solutions, and is responsible for the design and delivery of a range of assessment projects across all industries and levels of seniority. Over the last few years, Kirstin and her team have delivered organisation-wide assessment audits, designed and implemented end-to-end recruitment and assessments processes, delivered interview training, and conducted internal talent mapping and profiling projects. Apart from thriving in the fast-paced, dynamic nature of Alexander Mann Solutions’ Consulting division, Kirstin loves seeing her projects have a sustainable impact on talent and business outcomes. Kirstin also enjoys a good debate with her team, usually about the ins and outs of business psychology and on how to continuously improve the profession.