We’re all aware that small companies can be more nimble and innovative than bigger ones. But being innovative will do you no good in the long run if your company is a one-trick pony. History is littered with examples of small companies that have pioneered the way forward for new technologies or business practices, only to be steamrollered by a dominant player when they couldn’t maintain their innovative zeal.
We recently passed the tenth anniversary of the IPO of Netscape – a small, innovative company that was eventually trounced by a much larger one – Microsoft. While neither company invented the Web browser, it is fair to say that Netscape was the fi rst company to perceive its business potential and commercialise it. But being early and building a strong user base was no impediment to Microsoft entering the market and using its phenomenal distribution ability (the Windows operating system) to distribute its free software and kill off its innovative upstart competitor.
Netscape lost the browser battle convincingly, and was eventually sold to AOL for a fraction of its earlier value. But its real failure was its inability to build on its fi rst mover advantage. Perhaps Netscape had realised earlier that a $50 browser would not form the basis of a solid business, so it had begun acquiring applications in the enterprise communications space. But these dubious acquisitions gave it a product base that was a long way from its existing user base of consumers. There was no branding leverage between the two sides of the business, nor established sales mechanism to take these products to market.
Eventually, they were folded into a joint venture with Sun Microsystems. Netscape was unable to suffi ciently alter its revenue mix in order to survive the assault from Microsoft. Perhaps no company could have. However, it is an important lesson for small, innovative companies. One killer product rarely creates a sustainable business model. Innovation must be an ongoing process. As soon as you strike it rich, there will be a horde of imitators breathing down your neck, and you can guarantee that once you start treading in the territory of larger players, they will swing their research and marketing guns in your direction.
A new example is being played out now in Australia. For various reasons, this country has become a testing ground for a new generation of wireless broadband technologies. Both Personal Broadband Australia (PBA) and Unwired Australia raised money and began building cellular-based metropolitan-wide wireless broadband internet networks using new technology to create business models that are unproven anywhere else in the world.
They’ve had some success too. In May, Unwired claimed to have taken on 25,000 subscribers. (PBA does not release subscription fi gures.)
Not surprisingly, the market’s 10,000 pound gorilla is muscling in on the territory. Telstra was able to sit back and let two smaller players test out the market potential for what was a relatively risky venture. It has now announced its plans (a full 18 months after the fi rst service went live), assured that there is a signifi cant group of consumers with a taste for wireless broadband.
For Unwired or PBA to survive, at least one of three things must happen. Firstly, Telstra must botch its execution, by either providing a low-quality service or pricing it beyond market expectations. Secondly, PBA and Unwired must build their value with existing clients (the early movers) to stop them moving on, and step up their marketing campaigns to grab as much land as possible before Telstra gets going.
Finally, they must continue to innovate around their service offering. Wireless broadband is a great benefi t for consumers, but if Telstra starts commoditising the market, it may not be enough to sustain them. Both companies must look to new ideas in order to succeed in the longer term.
What faces PBA and Unwired is no different from what faces many innovative Australian companies. Many businesses believe themselves to be somewhat protected by their patent portfolios, but history has proven that in many sectors there is more than one way to skin a cat. The key to survival is to take the innovative, entrepreneurial spirit that got the company off the ground, and bring this into its heart on an ongoing basis.
Brad Howarth is a journalist and author of ‘Innovation and the Emerging Markets: Where the Next Bulls Will Run’, a study on the challenges facing small Australian technology companies. You can read his blog at lagrangepoint.typepad.com 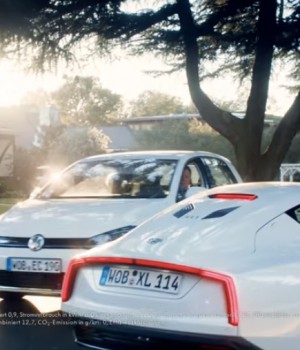 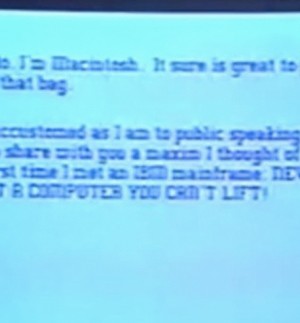