Georgina Rinehart, Chairman of Hancock Prospecting, was named the 2009 Telstra Australian Business Woman of the Year at an awards ceremony held in Melbourne on Thursday night.

Rinehart, who also won the Commonwealth Bank Business Owner Award, was commended by the judges for transforming Hancock Prospecting from the small prospecting company she took over in 1992 to a growing mining house with a pipeline of projects in Australia.

Other winners in the 2009 Telstra Business Women’s Awards were:

Hudson Private and Corporate Sector Award
Rhonda Brighton-Hall, Luxottica (Macquarie Park)
As Senior Vice President of Human Resources and Communication, Asia Pacific and Africa, Rhonda Brighton-Hall influences the working environment of 8,500 employees regionally. Rhonda leads the development and implementation of strategy in people, culture and communication for a company that in her region alone has a turnover of more than one billion euros.

Nokia Business Innovation Award
Dr Catherine Foley, CSIRO (Lindfield)
Dr Catherine Foley is a Chief Research Scientist at CSIRO, Australia’s largest government research organisation. As one of Australia’s top applied physicists, she has achieved international recognition in her field, particularly for the commercialisation of systems for mineral exploration, which has contributed to the discovery of more than six billion dollars’ worth of mines worldwide.

marie claire Young Business Women’s Award
Dr Emma Cassar, Corrections Victoria, Department of Justice (Deer Park)
Dr Emma Cassar, 32, was the first female and youngest person to ever transition from forensic psychology to an operations management role within the Victorian prison system. Innovative policy and astute decision-making has seen Emma promoted rapidly over a five year period, and she now finds herself General Manager of the Women’s Prison System in Victoria with responsibility for all functional areas of the Victorian women’s prison system, managing a budget of $22.3 million. 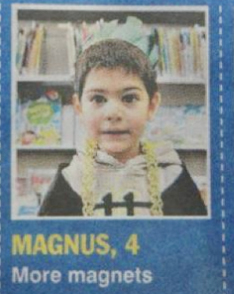