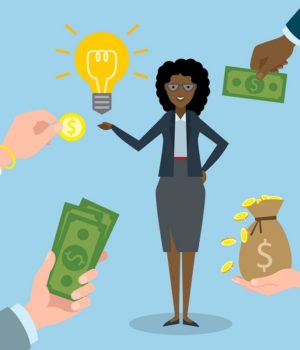 There’s no end to the long line of early stage startups looking for cash to grow. After burning through first round FFF (friends, families and fools) capital, they often hit a wall raising working capital.

With growth capabilities from revenue either non-existent or insufficient, most are forced to sell off large chunks of shares to equity investors.

However, the euphoria of the deal and the memory of clinking champagne glasses fade long before the ink is even dry on the contracts as founders get a reality check. They are no longer rulers of their domain, masters of their created universe.

Paul Lange founder of The Hedonist Entrepreneur Initiative and a 30 year veteran of the private equity industry says, “giving up a large amount of your equity for capital can be a good thing. It can give you the freedom to grow where previously there was no possibility. Often though it’s just a turkey shoot.”

He goes on to say, “The people I deal with make their money from taking equity in return for injecting capital into ventures. So I know my comments will make me unpopular with some people.”

“But the VC industry globally is generally toxic. It’s mostly an old boys club mindset that takes as much as it can get and leaves founders with enough to just swim. Founders need to learn to swim with the sharks without being eaten alive.”

What does the Aussie venture capital investment landscape look like?

Venture capital investments in Australia hit a record in the 2017/2018 financial year. KPMG’s “Venture Pulse Q2 2018” report showed that a total of AUD $849m went to new businesses across multiple sectors. This was up 12 percent from the previous year even though the number of deals was less. All of this was equity capital.

Unlike regular venture capital investments made in return for shares in a company, debt funding is a loan that does not involve equity dilution. It usually complements equity funding and is typically structured as a three year term loan with stock warrants or stock options.

“Growth Stage startups in Australia can now look to companies that provide growth loans to help to close the gap between debt and equity. These are different to equity venture capital funds that often rape and pillage start-ups and have ruled the startup financing sector with a death grip for a very long time.” says Lange.

Lange adds “The equity capital industry will only change when Early and Series A stage founders start to think differently about the challenges facing them. When they think differently about their own responsibility and accountability. This will lead them to take action that forces change. Venture debt funding is an excellent opportunity for founders in Australia to step up.”

How will Australian startups benefit from venture debt funding?

The rising popularity of such funding globally is good news for Aussie startups that are often not considered creditworthy by banks due to a lack of collateral or profitability. They may also not want to raise funds against equity at an early stage when their shares are worth little.

Equity financing often leaves founders holding very little in their ventures which is a problem for the founder if the venture makes it big. Venture debt funding solves this problem.

“Venture debt gives the startup a chance to raise funds without diluting equity. It provides an alternative source for all cash needs of a growing business, allowing them to achieve key milestones before raising a fresh equity funding,” says Lange.

It can also be leveraged to pick funds at higher valuation with less dilution, in the next equity round.

In addition, venture debt is slightly cheaper than loans from non-banking financial companies who can charge up to 18 percent and more per annum interest. Venture debt funding is typically around 14 to 15 percent.

Although venture debt funding appears to be a safer option for founders, it should not be seen as a complete replacement for equity financing. It’s often part of an overall package.

Lange says, “For one, venture debt funds need an exit too and, therefore, lend only to startups that are well positioned to raise follow-on equity funding.”

Risks still remain. He says, “If a company is not able to raise the next round of funding, the investment can become a non-performing asset”.

Whether during a funding boom like between 2014 and 2015, that saw random funding create inflated valuations causing valuation corrections of major new names only a couple of years later, or just generally, your ability to raise new capital in the next round will impact the venture debt funders decision.

If capital can’t be raised you could be left with very little, or nothing, after the mess has been cleaned up.