The fields of science and technology are undeniably dominated by men. However, the contributions of women in these areas has been overlooked and underestimated throughout history. At the recent 2009 Women in Technology (WiT) Awards presentation, WiT President and i.lab CEO Anne-Marie Birkill delivered a keynote address in which she lauded the little-known achievements of female scientists and technologists, and called for greater acknowledgement and support for women today.

Here is an edited extract from Birkill’s speech.

This year I would like to take a look into the past at the experiences of some accomplished women in science and technology and allow their stories to persuade you why these Awards are so critical.

We have, of course, a lot to thank the great historical figures of the science and technology industries for. Yet, while most of us can name one or two famous female scientists – such as Marie Curie, the first woman to win a Nobel Prize in 1903 – few of us know how much of our current knowledge and how many of the things we now take for granted were founded on the intellect of women.

By way of example, Lise Meitner was a Jewish physicist living in Germany studying radioactive substances when she was forced to flee Germany in WWII. Meitner was lauded by her friend Albert Eisntein as “our Marie Curie”. In Sweden, in 1939, she proposed an experiment to her colleague Otto Hahn that resulted in nuclear fission. In 1946, Hahn was awarded the Nobel Prize for Physics for his research into fission, but Meitner was ignored.

In 1953, Rosalind Franklin took the x-ray crystallography image that led to the discovery of DNA. Her three male colleagues – Watson, Crick and Wilkins – used her now-famous “photograph 51” to publish the discovery of DNA and they later won the Nobel Prize. Rosalind was not so fortunate – her ‘prize’ was to die from cancer and controversy still surrounds her role in the discovery of the structure that has revolutionised our understanding of the human condition.

In 1959, Grace Murray Hopper laid the groundwork for modern software development by creating the compiler, the intermediate program that translates English language instructions into the language of the target computer.  Without her accomplishment, many contemporary computing applications may not exist, but how many of us acknowledge Grace when we log onto the net?

One of the first software patents ever issued was to Erna Schneider in 1954, who invented a computerised switching system for telephone traffic while engaged as a researcher at Bell Laboratories. Few know that the principles embodied in her patent are still used today.

My not so subtle point is, of course, that there are many incredible, accomplished women who did not receive the appropriate recognition for their achievements. We cannot, we must not, allow history to repeat itself – and this is why the WiT Awards are so critically important – because they provide an opportunity to recognise today the women who will fill the history books of tomorrow.

Sitting among you is:

Tonight we are gathered to recognise some of their achievements, because we want history to record their accomplishments and our community to recognise their contributions. Not for them the relative anonymity of Grace Hopper or Rosalind Franklin – at least tonight, and at least in this room, our Award Winners are the rock stars (or perhaps I should say the Jazz stars!), the heroines of our technology industry.

Tonight we celebrate their achievements and, in doing so, we also acknowledge the important role played by the men and women employers, educators and mentors that have helped them achieve their goals.

Read about all the 2009 Women in Technology Award winners.

Women in Technology is the industry peak body for women working and studying in the technology industries across Queensland. It promotes their achievements via relevant events, programs, awards and networks that also provide opportunities for WiT members to grow and develop their skills. 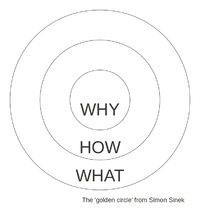 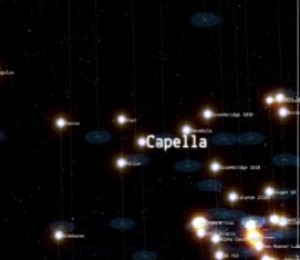