Marita Cheng is still at university (studying a mechatronics engineering and computer science double-degree), but she already owns and runs two businesses.

Robogals is a non-profit organisation in two countries whose objective is to get more girls into engineering and technology disciplines at university by training university students in robotics, and then having them teach at schools. Nudge is a phone call or SMS reminder service, sold through pharmacies, for patients taking prescription medications.

Cheng is currently planning a Robogals camp in Australia and the UK, as well as a double-fundraising event in Hyde Park, London and the Ministry of Sound. Nudge won the undergraduates division of the Melbourne University Entrepreneurs Challenge, and received rave reviews from VCs, angels and mentors in Helsingborg, Sweden at Mini Seedcamp Sweden 2009.

In addition to Robogals and Nudge, Cheng has set up mew, a robot-building society, and is in the process of helping to bring NACUE, an international entrepreneurial organisation, to Australia. And she has scheduled another four self-started projects to work on in the following year. But she doesn’t aspire to be a serial entrepreneur. Why? “Because my dream is to be the CEO of a robotics company that I found – the Apple of robotics. I think I’ll concentrate on this company, once it’s founded.”

It’s a big vision, but you wouldn’t back against her having a red hot go.

Life according to Marita:

What set of circumstances do you think best qualifies you as an entrepreneur?

“I’m terrified, but I do things anyway – I make an effort to do things that scare me. I hold myself to account – if I want something to be done, then I know that it’s my responsibility for causing it to happen, not anyone else’s. I listen – so that I know what people are trying to communicate. I study engineering – if something isn’t going the way I want it to, I find another way. I love success, but know the rewards in failure. I don’t take things personally. I appreciate people, and I revel in the present.”

Here’s a University of Melbourne video explaining the Robogals concept (it doesn’t feature Marita, but does provides a good overview). 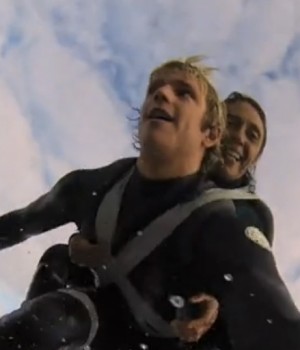