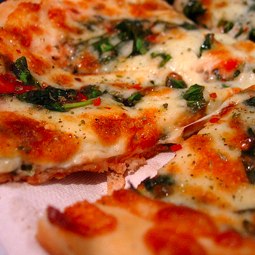 Brent Chandler has won a ticket to New York, and his Zwift International is in the running to win startup space in Lower Manhattan and other goodies worth $250,000, and potential startup stardom in the market that matters most.

Zwift International – which helps restaurants set up online operations – is one of only four international finalists picked from a shortlist of over 300 entries for Take the HELM 2.0 Competition, run by the New York City Economic Development Corporation.

New York’s so-called Silicon Alley, under Mayor Michael Bloomberg, has seen remarkable renewal and is considered among the hottest startup hubs in the world. In particular, earlier this year Bloomberg rolled out a “Made in N.Y.” campaign to promote tech startups.

“To say we’re ecstatic is an understatement!” said Chandler, the founder and CEO of the tech startup.

It all started with a humble pizza

“New York is the next big step for Zwift, and being announced as a finalist in Take the HELM means the opportunities for growth and future development have been made all the more real,” he added.

Zwift owes its birth to a personal experience. Chandler, who previously worked at a bar, and his housemate, a standup comedian, were devastated one night at their inability to pick up a phone and order a pizza – because the line was busy all the time!

The duo then seized on an online ordering system as a solution that would appeal to users in the growingly virtual world, not to mention restaurants that could easily pump up orders.

Chandler is headed to New York in November to make his pitch in the final round of the HELM 2.0 competition. He and other finalists will first attend a program in Lower Manhattan and then be interviewed by a selection committee. The winners will be announced at an awards ceremony in New York in mid-November.