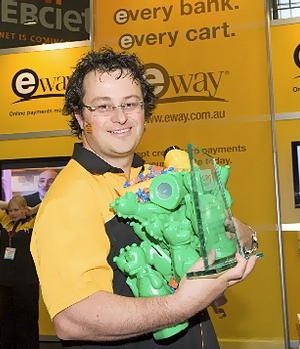 A recent survey of online merchants conducted by Australian payments platform eWAY has found that Aussie e-commerce stores are losing out on a huge chunk of sales and revenue by limiting their checkout options to PayPal only at the checkout.

The survey found that of the 1094 merchants surveyed, nearly half (518) offered eWAY as a second payment option at the checkout in addition to the go-to solution that is PayPal.

76 per cent of those revealed that they were raking in more bucks since adding eWAY, after starting out with PayPal, reporting an average revenue increase of more than a third (37 per cent).

Busting the myth of PayPal’s dominance

Now PayPal is arguably the most recognised online payment solution in the world so it’s easy to assume that it is used way more than any other option it is offered alongside.

Curiously though, this eWAY survey found that this was far from the case.

Merchants who offer both eWAY and PayPal reported that on average, two in three (67 per cent) transactions are made through eWAY, with PayPal taking only a third (33 per cent).

Furthermore, a third of the merchants reported that less than 10 per cent of their customers choose PayPal over eWAY, which now powers 17,000 online merchants in Australia and processes one in every four dollars spent online locally.

“A lot of online stores start out with just PayPal as a payment option because it’s a well known option and that makes a store seem legitimate,” eWAY CEO, Matt Bullock (pictured), pointed out.

“When you’re starting out, that might be attractive, but there is a big misconception that shoppers ‘all’ use PayPal. Clearly extra payment options are going to decrease the risk of losing customers along the purchase path, especially on mobile. That’s not rocket science,” he explained.

“But an average increase of 37 per cent is substantial and will make a serious difference to any online business’s’ bottom line,” Matt highlighted. “Those who only offer PayPal are missing out on a slice of the pie.”

Matt also stated that giving shoppers a choice is not about splitting merchants’ revenue between platforms but about helping online stores sell more.

He went on to reveal that in that spirit, eWAY actually encourages their merchants to offer PayPal as an additional payment option at checkout.

The writing is on the wall, people. In case you ever had any doubts, now you know – customers prefer more payment options. It pays to have more than one way to get paid!