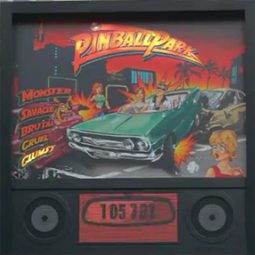 At Anthill HQ, we’re quite partial to pinball. Our in house machine bellows out the sounds of WWF wrestling. It’s even helped make us new friends.

Let’s just say that there’s nothing quite like the sound of a pinball machine, reverberating through a co-working space, to make your presence felt.

In our Ad of the Week (I just made that up), Ford takes the concept of pinball and applies it to the bad drivers of Paris. Technically, they may just be bad at reverse parking and perfectly capable of hurtling around Parisian streets. We’ll let you be the judge of that.

Clearly, this was not shot in Sydney’s eastern suburbs where, if you can’t reverse park between two very expensive European cars, you don’t get a park. Or, you get a very large insurance claim made against you for the damage done in failed parking attempts.

Not so, it would seem, in Paris.

Ford’s new vehicle has ‘automagic’ parking. To show off this new technology, the worst driver in Paris was selected for achieving a high score in Pinball Parking.

For the record, Anthill Master-in-chief of everything James Tuckerman remains the in-house pinball champ.