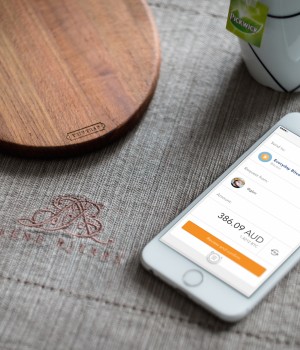 Are you still doubting the usability of Bitcoins?

CoinJar, Australia’s largest Bitcoin platform, recently announced their redesigned app for iPhone. Users can now send digital currency, whether across the room or around the globe, from their pockets.

The new CoinJar Touch app for iOS, lets users manage their Bitcoin accounts on the go, using their CoinJar username, Bitcoin addresses or QR codes to buy and sell bitcoins from their phone, or transfer bitcoins to others via peer-to-peer payments.

The Bitcoin network allows for a low-fee transactions and the CoinJar Touch app allows anyone users to send money around the globe without having to go to the bank, or pricey international money transfer services. Will this revolutionise the global remittances industry? That’s something interesting to watch out for.

When it comes down to security, users would be happy to know that it can be locked with a passcode or Touch ID on iPhones, and also be completely wiped if you ever lose your phone.

While Bitcoin is still far from being mainstream, CoinJar believes that going mobile may just give the cryptocurrency an adoption boost.

“Mobile penetration is growing faster than desktop computing, especially in developing economies so ensuring that payments are easy and simple to do on the go is a vital part of ensuring mainstream Bitcoin adoption,” said CoinJar CEO Asher Tan.

“With CoinJar Touch, we’ve humanised payments, making it easier than anything else out there, even traditional banking apps, to transfer money between friends, acquaintances, and business, quickly and easily. Just like everything else CoinJar builds, CoinJar Touch is tailored to international markets.”

The new app was launched soon after its website in December, which has over 40,000 users, and allows them to pick a unique username, making peer-to-peer payments as easy as using Twitter. Nearly one in five users have already adopted a username, and are using the site daily.

Android users need not despair, as the CoinJar Touch for Android will be released in the coming months.

Cade Diehm, Creative Director at CoinJar, said: “We’re not only competing with other payment companies, but the physical wallet. Even with the extra benefits, like paying contacts and sending payment requests, paying via Bitcoin must be fast, reliable and as easy to understand as paying with a card.”

The platform has processed more than $50 million in transactions over the past 12 months. The mobile app itself may not turn Bitcoin into a mainstream currency, but we’re certainly expecting a lot more transactions happening across the globe.