Ten years ago, Australia’s ‘old economy’ looked to be an emerging liability. In the next ten years, however, this same ‘old economy’ foundation – expertly equipped to fuel the emerging Asian economies – will likely deliver unparalleled opportunities for transformation and national prosperity. By Tim Harcourt and Chris Richardson.

A decade ago the Australian economy looked very different than it does now. We were in the midst of the ‘dot-com’ bubble and everyone was talking up the ‘new economy’ and trying to disguise their strengths in old economy ‘rock and crops’ – i.e. mining and agriculture.

In fact, at the Sydney Olympics in 2000, a famous American business executive said Australia was too ‘old economy’ and if we didn’t shift from mining and agriculture to be a ‘new economy’ software exporter like Taiwan, our dollar would sink to be worth 30 US cents.

Since then, of course, we’ve had a commodities boom, a rapid-rise-in-our-terms-of-trade boom, the global financial crisis (GFC), a stimulus package and the prospects of a global recovery (albeit a slow one).

We’re also a little bit less shy about admitting we’ve got expertise in mining and farming, and we’ve added environmental expertise to our export capabilities as well, particularly in respect to helping large emerging economies such as China and India with environmental problems. In fact, China and India have been a big story in recent times in terms of Australian trade – we’ve been ‘hugging the panda’ and ‘riding the elephant’ for much of the past decade.

But that’s the past. Ten years is a long time in terms of trade. What can we anticipate for the next decade or so?

First, we can expect that trade will grow as a share of the global economy between now and then – and not just because the impact on trade of the current global recession means that there’ll be a flying start.

The trend growth in trade has, of course, been true in general for a very long time now, and will tend to continue to be true into the future.

On the one hand, that is because there are gains from trade. It just makes sense. David Ricardo wrote the world’s first ‘self-help’ book back in 1817, built on the simple premise that nations (and sectors, and firms and individuals) should ‘be the best that they can be’.

In turn, that requires specialising in what we do best, and then trading the surpluses with each other.

Australia and the world are better off if we do just that.

But it is not just that the gains from trade are high – it is also that the cost of trade continues to fall. That is most notably true with the spread of information technologies: more and more services can now be traded, or traded at cost-effective prices.

That is particularly important for Australia. For too long the tyranny of distance has counted against us, both internally and externally.

However, in more and more products the spread of new technologies will help fight the tyranny of distance – boosting trade prospects in general, and Australian trade prospects in particular. In addition, Australia’s relative geographic closeness to Asia (including common time zones) means that there’s a bit of ‘power of proximity’ now going in our favour as well.

Hence, and despite the usual siren song of protectionist pressures, chances are that trade will continue to grow as a share of the world and Australian economies.

Second, although trade can be expected to grow, some rebalancing will be necessary. Consumers in the US, UK, Australia and a number of Mediterranean nations will need to save more than they have been, while consumers in Germany, Japan and China and much of the rest of developing Asia will need to spend more.

Current account imbalances have been too large for too long, and policies will need to change to help address that. For example, Asia will have to drop its mercantilist (exports are good, imports are bad) trade policies that have imbalanced many of its economies.

Third, most growth in economies – and hence in trade – will be in the developing world rather than the rich world. The rich world is already rich because its workers are already highly productive. Other things being equal, that suggests that further productivity growth is harder in the rich world than in the developing world. In addition, rich nations typically have weak demographics ahead between now and 2020: slow growing or stagnant total populations and falling working populations.

In contrast, the developing world – China aside – has faster population growth and, more importantly, much greater productivity potential.

This upward shift in productivity in the likes of China will occur as workers move from farms and into factories. That is important, because Australia is the world’s best supplier of industrial inputs to developing Asia, and the demand most relevant to minerals emanates in the ‘smokestack’ nations of the world.

Decades ago, Japan had that title. It then passed to Taiwan, Korea, Singapore and Hong Kong. And then it passed to Thailand, Malaysia, the Philippines and Indonesia.

The ‘smokestack’ role has now passed to China (and, to a lesser extent, India). As China and India contain 37 percent of the world’s population between them, their rapid growth will directly translate through to rapid growth in the demand for commodities.

Indeed, both China and India are carving out growth paths long since travelled by today’s rich nations (and, more recently, other nations within East Asia).

Given Australia’s relative comparative advantage in minerals, that bodes well for our potential trade volumes in the coming decade.

The chart below outlines Access Economics’ calculations of historical commodity demand at various levels of income in 2006, and also the increase in industry size required to meet projected commodity demand in 2020.

For example, the forecasting horizon in the modelling here only extends to 2020. And, even by 2020, the emerging economies are still only consuming around five kilograms of aluminium per capita (versus 16 kilos per capita in the developed nations).

Or, in other words, the new industrial revolution sweeping the world is still in its infancy, and a large part of the resultant global lift in demand – and trade – will sit in the sweet spot of Australia’s existing fields of comparative advantage.

Perhaps being labelled ‘old economy’ at the Sydney Olympics in 2000 wasn’t so much of an insult after all.

Tim Harcourt is Chief Economist with the Australian Trade Commission and the author of The Airport Economist. This article was first published on his Austrade blog, Economist’s Corner. 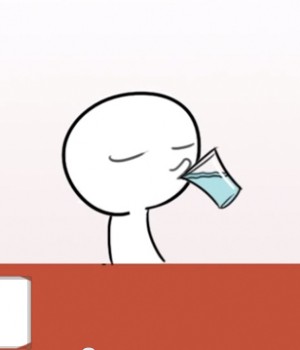 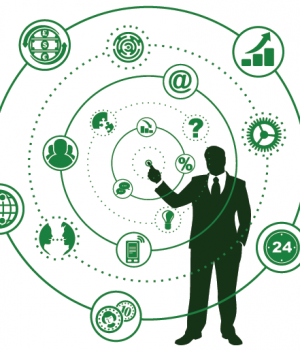