Which challenges will give business owners sleepless nights in 2015
Monday, May 10, 2021 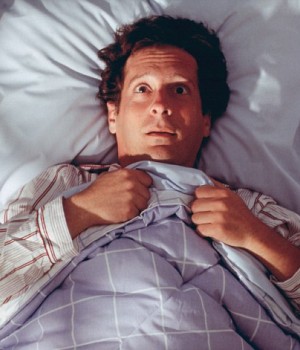 The Allianz Risk Barometer 2015, the fourth of its kind, has recently been released, highlighting the biggest challenges Australian business owners will face this year.

Business interruption and supply chain risk remained in the number one spot for the third year in succession as the biggest, hairiest, scariest peril in the international Allianz Risk Barometer, with almost half (46 per cent) of the responses rating it among their three top risks.

This aligns closely with the risk assessment in Australia, where business interruption is also at the top of the list according to 47 per cent of Allianz’s Australian risk experts.

Why are companies so worried about business interruption?

The subsequent impact of a disruption on a company, its suppliers and customers often outweighs the physical damage that caused the disruption in the first place.

In fact, at US$1.36 million, the average business interruption insurance claim is already 32 per cent higher than the average direct property damage claim (US$1.03 million).

Many companies are also still sleeping on supply chain risk management. Many businesses, both in Australia and internationally, still do not have alternate suppliers.

“Collaboration between different areas of the company is necessary in order to develop robust processes which identify break points in the supply chain,” Schaeffer said.

What other challenges will Australian businesses face?

Loss of reputation and brand continued its rise up the list, moving into second place (35 per cent) in 2015, up from third in 2014.

For the first time, market stagnation or decline (18 per cent) has appeared in the top ten on the Australian list in sixth position, while internationally it has fallen to seventh from fifth.

Other risks that have remained unchanged or fallen down the list in the Australian Allianz Risk Barometer 2015 are:

A line of dominoes waiting to fall

Schaeffer pointed out that the growing interdependency of many industries and processes means businesses are now exposed to an increasing number of disruptive scenarios.

“Negative effects can quickly multiply. One risk can lead to several others. Natural catastrophes or cyber attacks can cause business interruption, not only for one company but for whole sectors or critical infrastructure,” he explained.

“Risk management must reflect this new reality. Identifying the impact of any interconnectivity early can mitigate or help prevent losses occurring. It is also essential to foster cross-functional collaboration within companies to tackle modern risks,” he added.

The growing worry that is cyber risk

Interestingly, while cyber risk has risen to fifth from seventh position on the international Risk Barometer, it has fallen out of the Australian top ten from fourth position in 2014.

Despite this local anomaly, there is no question that the risk of cyber crime, IT failures and data breaches is on the rise, more so now after the Sony hack and The Interview saga.

In fact, cyber risk moved up the Risk Barometers of Europe, the Americas, the Middle East and Africa and finally broke into the top five on the overall international Risk Barometer.

Although awareness of cyber risks is generally high and steadily on the rise, many companies are still underestimating just how much damage can be done, according to 73 per cent of responses from Allianz risk experts located around the world.

Budgetary constraints are another reason why companies are not better prepared to combat cyber risks. “Do we really need to spend on this antivirus? There’s a free edition, right?”

“Cyber risks are very complex. Different stakeholders such as IT security architects and business continuity managers need to share their knowledge to identify and evaluate threat scenarios,” Schaeffer explained.

“Knowledge that previously might have been siloed in businesses needs to be incorporated into one’ think tank’, which can look at risks holistically.”

“And the ‘human factor’ shouldn’t be underestimated either, as employees can cause IT security incidents, inadvertently or deliberately,” he added.