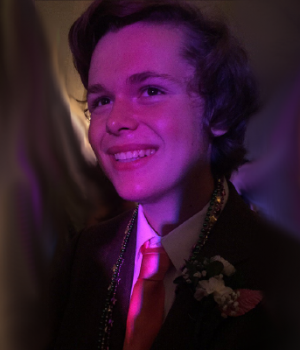 When the high school programming club argued that AI could not replicate human actions as well, Robbie Barrat decided to prove them wrong.

“All of the sudden I had a week to make a neural network that could rap,” he said.

The rapping AI was his first project, although he learned Python by building simple programs to do things like play Tic-Tac-Toe. Barrat says he ended up writing most of the original code in an afternoon, and spent the next few days optimizing the results.

The most current iteration is trained on 6,000 Kanye West lines and can now generate speech that raps the words written by the AI, complete with semi-appropriate pauses.

A 17-year-old who stresses that he’s growing up on a rural farm in West Virginia away from anything resembling a tech hub, Barrat taught himself how to code and build AI programs using entirely open-source software.

His laptop runs Linux, an open-source operating system preferred by coders for its versatility, and he uses open-source machine learning library PyBrain to train his neural networks (though he’s figuring out how to use Google’s open-source TensorFlow).