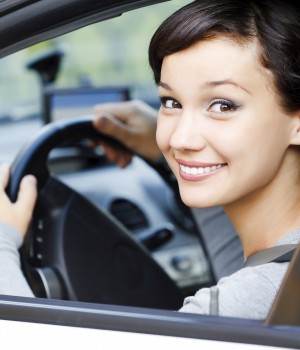 Due to their lack of experience, young drivers are slugged the most with high car insurance premiums since most insurance providers just assume that they are poor drivers.

However, with the release of new in-car “black box” devices that monitor driving behaviour and usage, a leading insurance comparison expert expects new Australian drivers to finally have a chance to make significant savings on their premiums.

How does telematics technology work?

The in-car devices, which use telematics technology, similar to the GPS on a smartphone, are now being fitted to cars by some Australian insurers to more accurately determine a driver’s policy premium, based on how safely they drive.

The devices collect data on driving habits such as braking, acceleration and speed. This data allows insurance providers to accurately assess insurance risk and those who prove to be good drivers are rewarded with lower insurance premiums.

Telematics policies were introduced in Australia by InsuranceBox.com.au in October 2013. Then in early March this year, AI Insurance launched the policy on leading comparison website comparethemarket.com.au, becoming only the second insurer to offer it.

Is telematics technology the game changer of insurance?

Grant Waldeck, spokesperson at comparethemarket.com.au says telematics may allow new drivers, who display safe driving techniques, to enjoy lower insurance premiums instead of having them based on a pool of risk data. He is tipping it to be one of the fastest-growing Australian trends in insurance for younger drivers.

Frank Peppard, a senior executive at InsuranceBox.com.au agrees with Waldeck, telling Anthill that telematics is a big win for Australian drivers, especially the younger ones. “We believe there’s no reason an 18 year-old driver can’t enjoy the premium of an experienced driver, if they prove to be safe.”

AI Insurance CEO Roland Lange also remarked about the benefits of telematics policies saying, “Across the industry, safe drivers may be rewarded with lower annual premium rates based on their car usage and how they adhere to safety.”

Both Peppard and Lange also pointed out that beyond more accurate pricing, in-car telematics also increases the ability to recover stolen vehicles and can send an auto alarm to the insurer in the event of an incident. Drivers can also access the data online to see what they can do to improve their driving.

How has telematics insurance been received so far?

Telematics policies, though relatively new in Australia, are already enjoying strong consumer demand in the UK.

With the British Insurance Brokers’ Association recording a 60 per cent increase in the number of UK drivers taking up live telematics insurance policies in the UK between 2012 and 2013, Waldeck is confident they will soon be all the rage in Australia.