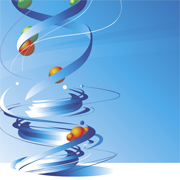 This year marks the 30th anniversary of Melbourne’s Bionics Institute, which has been responsible for actually bringing to market the type of technology we are more used to seeing on Arnie and Jean-Claude in Terminator and Universal Soldier.

In fact, by the time Arnie gets back (again), he might be obsolete.

The development of technology capable of augmenting (and perhaps even improving) natural human abilities started with a cochlear implant, which one of the first Australians to be outfitted with the device, Joav Niran, described as ‘a Dalek talking inside your head’.

Once Nirvan had adapted to the sound however, he found his implant facilitating a reconnection with family and friends, and he rediscovered his passion for music. To date, over 200,000 people worldwide have benefited from the implant, every one of which is made by Cochlear in Sydney, who command 70 per cent of the global market in hearing bionics.

Recently, the Bionics Institute designed, built and tested a prototype, 24-electrode bionic eye. The eye was surgically implanted behind the retina of a woman suffering from retinitis pigmentosa, and when it was turned on produced flashes and cloud-like images. Researchers hope the implant will shortly be able to ‘build’ complete images and allow useful vision.

In the near future, there is potential for next-generation ‘deep brain stimulation’ neurobionic technology that will help sufferers of Parkinson’s disease control tremors and maintain their balance, and devices that will detect a coming epileptic seizure and suppress it. In the business of making a difference, the Bionics Institute is front and centre.

This year the Australian government announced that the 2014-15 budget will include development of the new Medical Research Future Fund, which Bionics Institute Director Rob Shepherd describes as ‘visionary’. Initially a $1.1 billion investment, the fund will to grow to $20 billion by 2020.

Dividends from the fund will be spent exclusively on medical research and effectively double the government’s investment in medical research to $2 billion by 2023. “This is a vital injection of funding into a research sector that has made significant contributions to the health and wealth of the Australian community,” Professor Shepherd said.

If the practical applications of biotechnology are improving the lives of thousands every day, and the potential for new players is getting greater by the day, even more exciting are the metaphysical possibilities such technologies present (think the movie Her with Joaquin Phoenix and the disembodied voice of Scarlett Johansson, where a man falls in love with his intelligent operating system).

There has been much written on the possibility of ‘The Singularity’. The Singularity being a moment in time when the accelerated change of our technological society will produce a merger in artificial intelligence and human biology, yielding a greater-than-human intelligence and necessitating a complete civilisational overhaul. And if, you think about it, this is probably not such a bad thing, considering the current state of our civilisation.

For a long time, such possibilities have been the realm of science fiction, but as patients benefit from human organs grown in a lab, prosthetics are rivalling real limbs in terms of functionality and three-dimensional printers are printing… well, anything, the combination of our biological and technological realities isn’t so much our future as our present.

And even if you’re a die-hard DOS gamer, that’s exciting.