With a history dating back to WWII, the idea of unmanned, remotely-controlled, and ultimately autonomous vehicles has made a lot of sense to those who would prefer to remove the human equation from the battlefield.

However, therein also lies a concern; the human element also provides discretion. The ability to judge courses of action depending on fluid situations with uncountable variables is obviously important.

Marathon Robotics, a Sydney-based robotics company founded by three University of Sydney PhD students believes it is on the way to solving this problem. And so does the US military.

Last month, the New South Wales Treasurer and Minister for State and Regional Development Eric Roozendaal announced in a media release that the project team had won a $57 million contract with the United States Marine Corps to trial their “Rover” robotic system as a live-fire marksmanship training utility.

“These robots are programmed to mimic human behaviour to provide a realistic, challenging and interactive training scenario for marksmen,” Mr. Roozendaal said. “They can turn on the spot, quickly change direction, navigate in and out of buildings, react quickly to avoid obstacles, and even run for cover when one of their buddies is hit by a bullet. This system can run day and night and in all weather, and promises to revolutionise the business of marksmanship training.”

The robots use global positioning, wireless Ethernet and laser rangefinders to navigate obstacles around the range.

Sitting atop the robotic platform is a human-sized 3D mannequin made from durable plastic to withstand hundreds of shots. When a mannequin is hit it drops backwards before resetting itself automatically.

High-speed wireless ethernet is used to communicate with a central control station and with other robots. This allows remote monitoring, interactive control, and multi-robot coordination.

According to the media release, “On-board intelligence allows the robots to react quickly to unexpected situations. Importantly, the Rover system has strong potential not only for armed forces training worldwide but also for law enforcement and security agencies.”

Marathon Robotics, aided by the NSW Government, is hoping to market its systems to a range of markets worldwide. 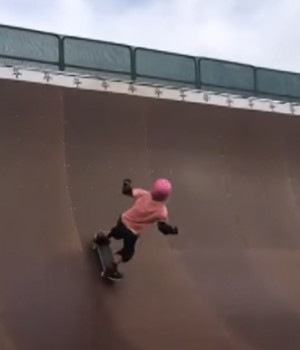