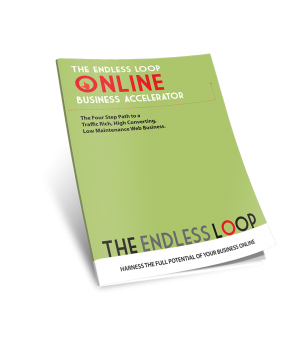 This particular Anthill Academy tutorial was filmed as an afterthought, thanks to an oversight.

Not so long ago, we scheduled a four part webinar series under the banner TRAFFICTOBER.

However, this four part series was, then, whittled down to three.

Yet, no-one thought to disable the fourth scheduled webinar. (Oh no!)

Reminders were automagically sent (which is one of the benefits and dangers of automation) and, suddenly, we had a problem on our hands.

With minutes before the official start time (about 90 minutes, in fact), we stumbled upon our mistake and Anthill Founder (and Course Mentor) James Tuckerman personally dispatched the following vague agenda.

“I have decided to host an impromptu lesson outlining the full methodology that I use when launching new websites and assisting clients. “

“I call it my ‘Endless Loop Roadmap’ (because we all want websites that are generating traffic, collecting leads, converting prospects, prompting sales… in a an automated, endless loop… that happens while we sleep).”

“I’ve never attempted to outline the full strategy in under an hour and I have not prepared at all. So, expect a fast, unfocussed and slightly scrappy brain dump.”

With no preparation and little more than Microsoft paint as my canvas, the following online tutorial was recorded.

Surprisingly, it generated one of our highest ever feedback scores, and gave rise to a half day workshop. (Find out how to register for a free ticket after you watch the tutorial.)

Register for the live course

Please note that the Endless Loop Half Day Workshop is only held ever other month (when James Tuckerman has a window in his busy schedule). And, it is rarely is held in cities other than Sydney, Melbourne and Brisbane. However, with your help, these are factors that we would like to change. Complete the form to express your interest. If we are unable to bring this event to your neck of the woods, we will organise a 30 personal over-the phone tutorial with James.

James Tuckerman is one of Australia’s most accomplished digital publishers. He is best known for launching Anthill Magazine, in 2003, from the spare bedroom of his parents’ home. He was then 26 years of age. In early 2009, he reinvented the Anthill business model, abandoning its print origins in favour of a 100% digital product.

Within six-months, AnthillOnline.com was listed by Nielsen Online Ratings among the Top 50 Business & Finance websites in Australia. Since then, he has launched numerous digital ventures and helped other companies, large and small, make the transition online or helped them significantly improve their online commercial outcomes. 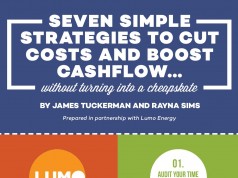 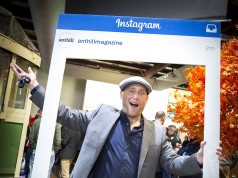 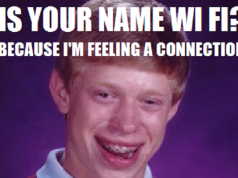 What’s the worst pick-up line in business… ever?