The cinema-on-demand chain, Australia’s Demand.film, is giving its 100,000 strong community an opportunity to share in the company’s success when it opens up to investment through equity crowdfunding to help fund its growth and expansion plans.

Demand.film will host its raise through Birchal.com with investors able to own part of the company disrupting how movies are being seen in cinemas for as little as $100.

“Demand.film is an Australian public unlisted company focused on the theatrical release of films using a crowdsourced, single event-screening model through its web platform,” says Doepel.

“Our loyal customers not only love unique cinema experiences, they understand these movies are being seen in cinemas thanks to the crowdsourcing business model.

“We operate in seven countries and possess a global network of over 2,500 cinemas – enabling us to reach a potential audience of over 500 million. Our loyal customers (almost 100,000) are in many cases regular, repeat patrons.

“This is particularly true for those participating in our interest channels. Overall, we have twice the average industry rates of opening emails, four times the click throughs to our website and up to ten times the conversion rates (visits vs purchases).

How has the service impacted the movie scene?

“Demand.film has disrupted the way movies are being seen in cinemas. The proliferation of streaming services means we are spoiled for choice on the small screen, but on the biggest screens – in cinemas – it’s mostly blockbusters.

“Demand.film offers independent films an opportunity to be seen in cinemas by crowdsourcing an audience. We fill up the empty seats on the quietest nights of the week with movies that appeal to distinct audiences.

“We promote our films to our 110,000+ database via regular targeted newsletters and we actively engage with all sorts of defined communities in all of the countries in which we operate to make them aware of films we believe they would be interested in.

“We of course use all of the usual social media tools and we also empower people, who register on our site (more than 10,000), to share information about our films and our unique way of seeing movies. We reward them directly for doing that with our loyalty token called a Screencred.”

Andrew Hazelton, also a co-founder and director of the company and spearheading North American expansion states “Any member of the public can host a screening of one of our films at any one of the 2,500 cinemas in our global network.

“They then work with our team and use our online tools to crowd-source an audience. If there is enough demand, the screening happens. For the filmmaker this de-risks the whole process of putting films in theatres. In other words, every screening is profitable, or it doesn’t go ahead.

“Thirdly, in some cases, it has negotiated additional rights for the films it represents. These allow Demand.film to have community screenings, play the films in other non-theatrical venues and even sometimes in airlines and increasingly non-exclusive streaming rights.”

Doepel believes there is huge financial potential in the event cinema screening sphere. “The Event Cinema business has been reported as having generated gross box office of almost $500 million AUD in 2018 with a 6% annual growth rate.

“It’s a small fraction of the overall global box office, but it is growing at a rate faster than traditional cinema and shows no sign of slowing down.”

What should investors expect from the service?

Demand Film is the largest cinema on demand and event cinema company in the world by footprint and the leading commercial company of its kind in Australia, New Zealand, UK, Ireland, and Canada. It believes the potential for investors is huge.

“We do of course have competitors, but we are the only ones that can simultaneously and seamlessly release in seven countries all at once. We can literally have a screening in Wellington or Auckland and then follow the time zone to Sydney, Perth, Berlin, London, Dublin, New York, Toronto, LA and Vancouver and finish up in Hawaii almost 24 hours later.

“Our expansion plans are relatively straightforward. We will add other countries and languages (our code base makes this a realistic scalable set of tasks) first in Europe and then in Asia and South America.

“With the right amount of funding by the end of 2020, we can double the number of countries we are currently in. We have cinemas and people on the ground already identified.”

The Demand.film offer will feature investment rewards from $100 and up to $10,000 for retail investors. Investors will receive ordinary shares in the company and also be offered priority access to Red Carpet Premiers as well as discount coupons for tickets as a reward.

You can take part in the equity funding here. 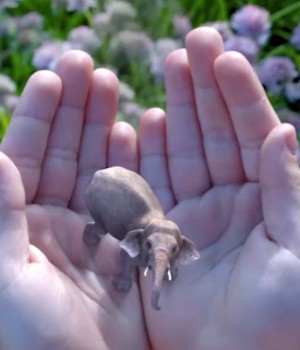