Australia’s proposed National Broadband Network (NBN) has been thrust back into the headlines with yesterday’s news that the Rudd Government is taking Telstra over its knee with the firm intention of breaking it in two.

The move – forcing Telstra to split its wholesale and retail operations into two separate companies before it can bid for a 4G spectrum licence – is a good one, albeit heavy-handed. In the eyes of many, Telstra is an inefficient, bloated bully; a throwback to another time. Few would disagree that telco market reform is needed and, to my mind, a Labor government, with its socialised roots, could be right for the job – as it was in the 1980s when the Hawke government floated the dollar.

Or perhaps, considering how far Telstra has strayed from its Commonwealth roots and considering the $2 billion wiped off Telstra’s share price yesterday following Senator Conroy’s announcement, a more apt comparison can be drawn to Winston Churchill’s famous quip to a junior Tory MP who referred to House members across the chamber as “the enemy”. “No, that is the Opposition,” Churchill barked. “The enemy is behind you.”

The move seems to have temporarily confused many of Australia’s technorati, who are strident advocates for the need to build world-class broadband infrastructure but grew wary of the Rudd government’s digital strategy when in 2007 Senator Conroy announced plans to introduce a nanny-state internet filter aimed at stamping out online paedophilia, pornography, piracy and other activity that is detrimental to our common wealth.

But, unlike market monopolies, it’s clear that the minute you build any kind of wall online, an army of cluey citizens starts tunnelling. Ask the record labels whether DRM technology prevents piracy (or Rupert Murdoch a few years from now when his high-walled online newspaper gardens are populated by little other than tumbleweeds).

Of course, Conroy’s Telstra play is all about the NBN and competition – more of it means better prices for consumers. And ACCC Chairman Graeme Samuel has already said that he believes Australia’s 16 million telecommunications consumers will be the “clear winners” from the breakup of Telstra’s wholesale and retail operations. He added:

“This should have been the decision of governments going back to 1992 when Telstra, then Telecom, was first formed.

“It should have been the decision of governments before the Telstra privatisation took place because that’s what national competition policy demanded – that a public monopoly should not be converted into a private monopoly.

“What we’re now seeing with yesterday’s announcement is the correction of mistakes of previous governments.”

Indeed. Regulated competition is good for markets. It’s good for consumers. It’s good for innovation and, by extension, great for hungry startups seeking their slice of the hefty telco pie by bringing new and smart products and services to market.

A few Telstra execs and share-owning mums and dads might be weeping softly into their milk right now, but that’s a small price to pay for a telecommunications landscape revamped for the 21st Century. 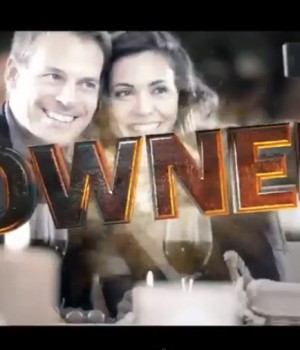