Sweden has graced the world with many wonderful things: Spotify, The Girl with the Dragon Tattoo, Ikea, and, of course, ABBA – and is now pioneering the world of fertility with the Swedish start-up Natural Cycles, the hormone-free fertility app, that has helped over 5,000 Swedish women to get pregnant within less than three months of using the app, on average, and now wants to empower women in the UK who are planning to conceive.

Natural Cycles was invented by husband and wife team Dr Elina Berglund and Dr Raoul Scherwitzl. In recent clinical studies the app was shown to be as effective as the contraceptive pill and could pinpoint ovulation with the same accuracy as methods used in clinics and hospitals. It is also the first health app for women to be regulated as a medical device.

Dr Elina, a physicist who was part of the Nobel Prize-winning team that discovered the Higgs boson, is so confident about its new #HappyPregnancy campaign that the start-up is offering to refund UK women if they don’t conceive in the first nine months of use.

How exactly does Natural Cycles Work?

Natural Cycles works by identifying a woman’s ovulation and fertile window by tracking her period and temperature. Women are required to record the temperature under their tongue in the morning and enter it into the app which uses a unique algorithm to determine whether you are fertile on that day.

“The success of Natural Cycles depends on its algorithm,” Dr Elina explains. “We’ve called the algorithm ‘Alba’ (after our daughter) and it’s unique because it has collected data from hundreds of thousands of cycles. This means Natural Cycles can adapt to each individual woman’s body and, with a high degree of precision and accuracy, determine when she is ovulating.”

“Natural Cycles is a great example of how technology is helping women to conceive in an easy and accessible way,” she says. “We know we’re dealing with women’s lives here and we take that very seriously. The app can also be used for infertile couples to identify the cause of infertility. We’ve helped over 5,000 women in Sweden get ‘#HappyPregnant’ and hope to achieve the same success with women in the UK.” 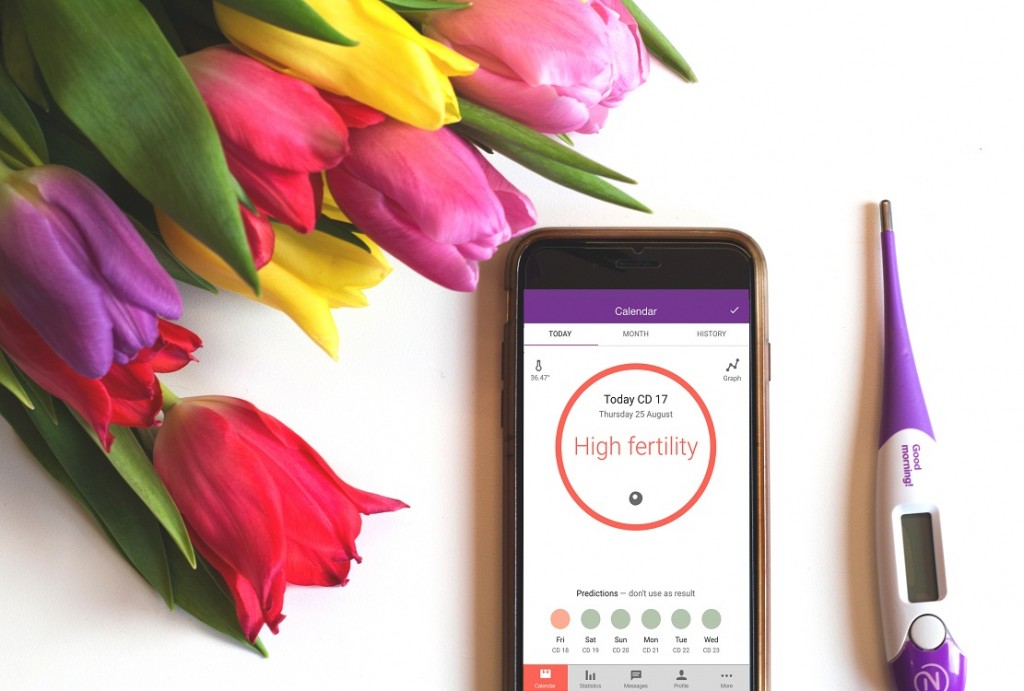 What is the story behind Natural Cycles?

Launched in 2014 and headquartered in Stockholm, Sweden, Natural Cycles has over 100,000 active users in 161 countries. In 2016 the company raised $6 million in funding to conduct new clinical studies and aid international expansion, and donated $25 million worth of free subscriptions to women in Brazil to help fight the Zika virus. Anthill caught up with Dr Elina for a brief interview about the origin of her revolutionary app.

What inspired you to start Natural Cycles?

I founded Natural Cycles together with my husband, based on our own needs. We are both physicists and wanted a natural way of preventing pregnancies for ourselves. Since I love data and statistics I developed my own algorithm to analyse my body temperature to see when I was fertile and when there was no risk of pregnancy. We, of course, showed this to all our physics colleagues and, quickly, the female ones and the wives of the males colleagues started measuring too, emailing their data to me in the morning, so I could run my algorithm and return a red or a green day to them.

It was on our honeymoon that the light bulb lit up. We were wondering what we would do if we left physics and Raoul suggested that we’d make my algorithm into an app so all couples could profit from our innovation. I loved the idea and could really see the potential in helping women plan or prevent pregnancies around the globe.

How did you build the app?

When it came to finalising the algorithm before the first release, we recruited as many test users as we could and also looked into publicly available online data which meant we were able to analyse over 100,000 cycles. We later then performed our first clinical study, comparing our ovulation day to that of ultra sound which was a very important step to verify the high efficacy of our algorithm.