Should employers dictate how much time we spend on social media at work? -
Thursday, December 2, 2021

With social networking occupying such an increasing role in our online lives, has the line between business and social networking blurred enough to require employer intervention? Queensland company 123educateme thinks so.

After a five year period of researching and developing its software, Enforcer Enterprise, 123educateme concluded that if an employee spends more than an hour a workday on non-work tasks, it could cost their employer more than $6,200 a year.

If that figure is expanded to account for the population of Australia, the amount of lost productivity could amount to a staggering $5 billion.

According to Roger Manu, CEO of 123educateme, “Previously, bosses either had to completely cut employees’ access to non-work programs and internet sites, or just accept that some employees were time wasters.”

In an attempt to moderate social media’s growing monopoly on our attention spans , 123educateme has created a product designed to regulate the amount of time employees spend on non-work-related sites.

“Enforcer Enterprise creates a new middle ground where managers can allocate employees some free time on work computers, for example 30 minutes a day, to do what they please. However, once that time has expired, employees can only access those programs and internet sites related to their job.

“From talking to bosses, we know that most are happy to allow employees to use computers during work time for non-work related purposes, from internet banking and paying bills, to making travel bookings or using Facebook. But they’re frustrated when they see individuals wasting inordinate amounts of time surfing the web.”

Should employers moderate how much time we spend on social media at work? 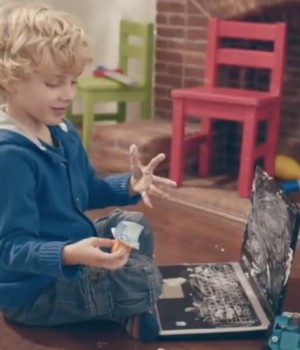