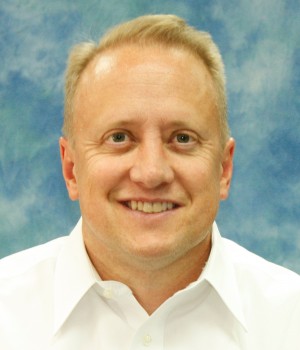 For a long time, my family has been associated with the globally renowned 7 Habits of Highly Effective People – my father Stephen Covey was the author – and while those principles remain timeless, the moment has come for new principles to emerge to address the rapidly changing global working environment.

For me, the most important of those, and the one which will be the next big thing in leadership development in the next decade, is Self Navigation.

There’s plenty of evidence to show that a productive and aligned workforce is one of the most significant influencers on any business’ bottom line, and yet studies show that a staggering 70 per cent of employees are unable to identify their employer’s publicly-stated corporate strategy.

And with just 13 per cent of the workforce classifying themselves as “engaged” at work, companies risk losing valuable staff and falling behind their competitors if they fail to adequately motivate staff.

What exactly is Self Navigation?

Now the idea of staff motivation is not a new one, but the strategy behind the Self Navigation model focuses upon enabling individuals to learn to self-motivate, no matter where they sit in a company’s hierarchy.

I recently had the pleasure of visiting Australia as a guest of Lighthouse, a leading people and performance consultancy, to talk to business leaders about this concept, and to highlight how clever companies are adopting Self Navigation strategies to solve common business problems, such as boosting engagement, developing leaders, retaining staff and aligning professional and company-wide goals.

Where the traditional “7 Habits” focus on identifying and navigating towards a “true north”, being our ultimate goal, Self Navigation identifies all of the points on our “internal compass” and provides individual pathways and tools to navigate our way to ultimate success.

Just as you might program a GPS to navigate your way to your destination on the road, you can learn to do the same for your career using Self Navigation, and the strategies learned through the Self Navigation N.E.W.S model can be applied to all aspects of our personal and professional lives.

By learning how to set and steer their own personal compass in four key areas outlined below, employees can take responsibility for their own success, overcome roadblocks and contribute towards the overall goals of their team and employer.

The four key points of the personal compass concept are:

How has Self Navigation been used so far?

So far, we have seen Self Navigation adopted in over 30 countries by more than 2500 organisations including a number of major players on the Fortune 500 alongside Australian companies including NAB, X Changing, Pacific Brands and Investa – all of which were trained by Lighthouse and have implemented the program with exceptional results.

Perhaps the most impressive outcome enjoyed by those companies has been that through teaching staff to self-navigate, a company’s organisational dimensions typically improved by an average of more than 90 per cent – representing a significant boost both for morale and the bottom line.

A big part of the success of the Self Navigation model lies in recognising that while the pathway to achieving personal and company goals may differ between an employer and their employees, the ultimate success of an organisation depends upon both parties reaching the same destination.

Empowering employees is vital, but it should never be at the expense of collaboration which is key to achieving business objectives.

Once staff have learned the tools of Self Navigation, many organisations find themselves transforming from a top-down management style to a bottom-up structure which is much more engaging and rewarding for people across all levels of an organisation whether it’s a small company or a massive enterprise.

During my Australian tour with Peter Nankervis, Managing Director of Knowledge at Lighthouse and master trainer for the Self Navigation program in Australia, I was fortunate to discuss the Self Navigation trend with more than 100 CEOs, COOs and HR Directors from leading local companies including Allens, CBRE, Colliers, EMC Global Holdings, Legal Aid NSW, Telstra, Vodafone, Fisher and Paykel, Mirvac and Cricket NSW among others.

Irrespective of their industry sector, these businesses largely identified leadership development, employee engagement and retention and building trust within an organisation as some of their most significant current challenges.

Unsurprisingly, these are the types of issues I hear companies facing the world over, and, increasingly, implementing the Self Navigation model to address and I look forward to more Australian companies doing the same as the word gets out.

The 7 Habits of Highly Effective People changed the way we think, and speak, about pathways to personal and professional success. 25 years on, in a vastly different corporate landscape, I believe Self Navigation has the potential to do the same.

David Covey is the CEO and co-founder of SMCOV – a global people and performance company focused on the identification, development and licensing of leadership development programs to countries around the world. David is the son of the late Stephen Covey, author of the international best-seller The 7 Habits of Highly Effective People, which sold over 25 million copies in 40 languages around the world and was recognised as one of the most influential books of the 20th century. David has identified Self Navigation as the next “7 Habits”, and is working with Australian corporate coaching company, Lighthouse to launch this highly effective leadership development program in Australia. You can learn more about it here.