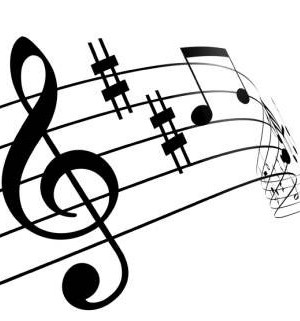 That Greek chick had the wrong box

Remember Pandora, the curious Greek woman who opened a box containing all the world’s evils, letting the demons run amok?

Well, Pandora has grown up, ditched the ugly box and found one that delivers pure pleasure for those hooked up to it.

Pandora internet radio gives people the music and comedy they love whenever and wherever. Personalised stations launch instantly with the input of a single “seed” – a favourite artist, song or genre.

A “Buy” button is also located at the top of each song block so that you can purchase songs and albums from iTunes or Amazon.

Pandora’s two million listeners enjoy music across more than 29 million personalised stations. Every day Pandora ANZ streams 384,891 hours (the equivalent of 44 years) worth of music, and with nearly 75 per cent of monthly listening done via mobile and other connected devices, Pandora is clearly allowing users to enjoy a lot more or the music they like, when they like.

A couple of weeks ago, Pandora Australia and New Zealand announced that since launching in December 2012, it has achieved a milestone of two million registered listeners, effectively doubling its listener base in less than 12 months.

“It’s clear that radio is evolving – and this evolution is being propelled by consumers and technology,” said Jane Huxley, Managing Director of Pandora ANZ.

“Key to Pandora’s success, is that we offer listeners an interactive and social experience that is incredibly personal, and artists a channel to be discovered by a new legion of fans.” Huxley continued.

“We know and celebrate the fact that every individual has their own unique relationship with music. Our business is based on getting to know our listeners likes and dislikes so that we can continue to spin track after track of music we know they will love.”

So Pandora, iTunes Radio or Spotify?

So, if you’re looking to turn on the radio and hear some good music while you stand over the barbeque on a Saturday afternoon, who are you going to trust to spin your tracks?

As Forbes journalist Amadou Diallo explains fully here, while in many cases Apple has a download and purchase history to work with, Pandora’s algorithms produce an impressive selection of seed similar music, while Spotify is lagging, with only its play-on-demand feature to recommend it.

For me however, iTunes Radio is the way forward simply because I can use it wherever I am in the world, which sadly (at this point anyway) isn’t the case with Pandora or Spotify.