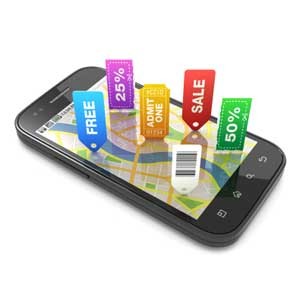 Finding that mobile now accounts for more than 30 per cent of all the e-commerce transactions in the world, the report highlighted that mobile commerce is growing faster than most of us think.

“There has been a significant lack of information about mobile commerce, leading many marketers to under-estimate the opportunity,” Jonathan Wolf, Chief Product Officer at Criteo remarked.

“Our report found that mobile is now about purchasing not just researching, with mobile conversion rates high across all devices and retail categories, and that there are huge opportunities for e-commerce businesses to capture increasing sales via mobile devices, particularly in the retail and travel industries,” he added.

Wolf further pointed out that they now expect mobile to soon capture half of all transactions, as mobile usage continues to skyrocket (we are not looking up from our smartphones any time soon) and retailers better optimise their mobile sites for conversion.

What are the key findings in this report?

The report, which is based on Criteo’s analysis of individual transaction-level data from more than 3,000 e-commerce, retail and travel advertisers globally, found that:

If you don’t like how your selfies look, you can order for make-up right away!

This represents a four times difference in share of mobile transactions, demonstrating that retailers overlooking mobile are losing sales. Yep, you snooze on mobile; you lose in no time…

“Consumers are more comfortable than ever purchasing from mobile devices, which makes it increasingly vital for advertisers to effectively reach them across devices,” said Wolf.

“If you’re an e-commerce player and you’re not focusing on allowing mobile audiences to purchase from you, then you may not be in business in a couple of years,” he warned.