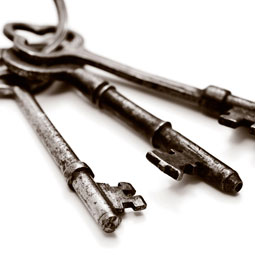 Zenogen, a portfolio company of the Sydney technology incubator Ignition Labs, has raised over $400,000 from a group of investors including Sydney Angels and the Sydney Angels Sidecar Fund.

The Sydney startup is commercially tapping technology developed at the School of Chemistry at the University of New South Wales. It uses graphite electrodes, rather than expensive metal, as a catalyst for water electrolysis – a process required to produce commercial scale hydrogen, reducing the total cost of hydrogen by up to 20 per cent. The technology is also used in salt-water chlorination.

The company, now located inside the technology incubator at ATP Innovations, says its technology, besides eliminating expensive metal catalysts such as platinum, is the only commercially viable zero-emissions method of producing industrial gases such as hydrogen. Zenogen catalysts can also be paired with renewable energy sources, generating hydrogen as an efficient long-term storage solution for excess clean energy production.

Low-cost, with energy savings too

“Zenogen has a proprietary manufacturing method for graphite that allows it to replace these expensive catalysts at a fraction of the cost whilst simultaneously improving the electrical efficiency, with massive savings in energy consumption,” it says.

Zenogen’s graphite electrodes have been demonstrated as a fully functional proof of concept and the technology is now ready for implementation in small-scale industrial electrolysis applications, according to the company.

Zenogen was co-founded by the duo of Daniel Zafir, a clinical scientist “with an ambitious nature and entrepreneurial streak,” and Alex Metelerkamp, a “mechatronics engineer with a substantial history in entrepreneurship.”

At 27, Zafir held a leadership role within the neurophysiology service at Gold Coast University Hospital. In recent years, he has leveraged his experience managing scientific/research operations in sales for a national scientific and medical equipment distributor.