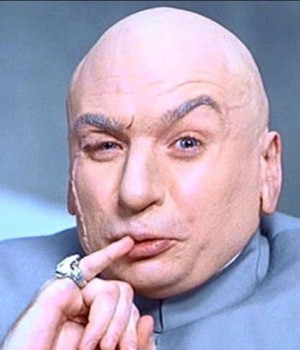 These days, nearly every start-up founder and their dog claims they are out to change the world.

This isn’t one of those start-ups. These guys are aiming for something better. World domination.

So, how does a start-up take over the world?

This start-up wants to take over the world with events and entertainment.

That might sound wack, but think about it. When you’re travelling somewhere foreign, why aren’t you seeing the best music festivals, concerts, theatre and art exhibitions everywhere? I mean, you’ve got the time, you’ve got the cash, so why doesn’t it happen?

It’s probably because it’s pretty difficult when you don’t speak every language in the world, it takes so much research, and you’re not an entertainment expert in every city.

Well, Fiestafy is determined to change all that (okay, maybe they are changing the world a little) by allowing anyone to be an entertainment expert, wherever you might be.

To spell that out, this startup is a free web app that allows people (both travellers and locals) to find major available and accessible events anywhere in the world, in their own language.

Gone are the days you were promoted an event you couldn’t attend, didn’t bother searching for great events when you were travelling because you didn’t know the city or speak the language, or feared you would book something that wasn’t reputable.

Fun fact: Fiestafy comes from the words fiesta – a party – and magnify – to search.

How exactly does it work?

With the goal of being Expedia for Major Events, Fiestafy uses the same technology one would typically use to find flights to find only available and accessible world-class events.

This means you’ll never find sold out or cancelled events, amateur gigs or knitting clubs on the platform, only amazing events at the world’s best venues.

Currently, it allows users to find events all over Australia, “but all our cities are user demanded using an awesome feature called Fiestafy World. During our private beta testing we found users wanted events in London so we’ve made that happen,” said 25-year-old Founder and Chief Events Officer, Kevin Jochelson.

Fiestafy has teamed up with TicketMaster UK and another West End Theatre company in London to promote and sell events in London.

“We’ve also partnered with Eventim, which is the biggest ticket seller in Europe, to get some of their best events on the platform like some of the best music festivals happening all over Europe,” Jochelson disclosed.

What is the story behind this business?

Jochelson left one of Australia’s best investment banks at the age of 23 to start Fiestafy.

The idea came when Jochelson was living in Hong Kong working in investment banking. “In Hong Kong I didn’t even know where to begin searching for an event,” he said.

“Hong Kong didn’t use the same event guides I used in Sydney and didn’t use any of the same ticket selling sites. Even worse, when I went to China I had to contact friends to find out what was on because I didn’t speak Chinese or know what was a reputable venue,” he continued.

With a heavy focus on Australian tourism, Fiestafy is currently available in both Chinese and English and more languages will come as they are demanded by users.

The startup team running this business is all over the world, with folk in Sydney, developers in Nepal and marketers even in China. Jochelson is huge fan of outsourcing and remote-working, he even once got press for outsourcing his beer drinking Neknomination challenge to Mexico.

More than just a party app

Not just a solution for travellers and locals looking for available and accessible events to attend, Fiestafy is also an entertainment-focused adtech solution.

“During our early days of validating the product we realised that there’s this dark cloud overshadowing the entertainment industry. Entertainment marketing is synonymous with huge billboards and in today’s digital age that form of marketing isn’t measurable or effective anymore,” Jochelson explained.

“Event companies are spending tens of thousands of dollars on huge billboards and other traditional advertising like fliers, and still can’t tell what’s successful and what’s not.”

“And when their events sell out they’re paying for wasted advertising every minute their advertising remains up, promoting to people who can’t attend their events, which is just the worst! Nobody wins!” he added.

After working with a variety of entertainment companies and venues in a private beta from Opera Australia to the Sydney Lyric and Capitol Theatres, Fiestafy is the first truly entertainment-focused adtech solution for event companies, venues and promoters.

“Our beta platform has been by invite only to mostly Sydney-based clients, but we’re now open to allowing more event companies to continue to use and trial Fiestafy as we continue to build out the platform,” said Jochelson.

When asked about competition and funding, Jochelson stated, “You know you’re onto a good thing when after one of our sales meetings a client offered us funding for Fiestafy.”

“And we’ll definitely be raising a round early in 2015 with quite a few parties already interested, including venture capital firms both here and in Asia, along with a few angel investors as well,” he added.