Within days, Australia will have a new government. The Independent Members will hold the balance of power, and are foreshadowing significant reforms aimed at raising the level of cooperation in government; increasing citizen engagement; and delivering what they see as a fairer deal for regional and rural constituents.

So, how can innovators and entrepreneurs prepare for the new landscape?

While the future shape of Government in Australia will be unclear for some time, sufficient trends are emerging to enable IT managers to undertake some reasonable scenario planning. This is certainly not a time to sit around waiting for an answer, as the news is not all bad for government IT.

Gov 2.0 has already been an area of policy development for the previous Labor Government. The changed electoral landscape could very well propel Gov 2.0 to become a more significant policy issue.

During the election, public sector reform was largely sidelined by both parties. Both the Moran Review and Gershon Reinvestment Fund were early funding casualties as both sides scrambled to gather funds to support offerings seen to be more tantalising for swinging voters. However, a changed electoral landscape may favour the re-emergence of these initiatives dressed up in new forms.

Scenario 2: Broadband delivery will be a priority for regional Australia

Since the election, all indications point to continuing government interest in delivering a national broadband solution. Indeed, the Independent Members have been signalling this would be an important part of a new policy mix for regional and rural citizens. However the gulf between the two policy alternatives is unlikely to be resolved in the short term. For the immediate future, the ICT industry will need to have its foot firmly on the accelerator and on the break at the same time.

Scenario 3: Cost savings will be a key driver for government IT policy

An incoming government, from either side of politics, will be faced with an impossible funding dilemma. No incoming government will be prepared to step away from its core promise to deliver a surplus budget with within three years. Some hard decisions will need to be made about promises made during the election, especially as the Independent Members add their own list of demands to an already optimistic list of promises. IT savings measures are likely to remain hot topics during the life of the next government.

Scenario 4: An incoming government will behave like a first term government

At the beginning of the election, there was a reasonable expectation that either incoming government would be expected to slip into office with relative ease. Not anymore! It is now clear that the incoming government is more likely to behave like a first term government, with a pause in government spending while new policy directions are negotiated and new relationships are settled.

While the time ahead for government IT will be much less predictable, there are opportunities. Chance will favour the prepared mind.

Kevin Noonan is Research Director and Jens Butler is Principal Analyst at OVUM, a technology and advisory services company. 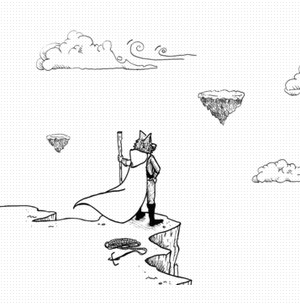