It’s a never ending war between the major tech players. And Google Play is there to take on iTunes.

While the genius minds at Google may have invented the Android mobile platform, Google itself is not making much money from it. Samsung is owning that market by using the open-source Android platform to ship millions of mobile phones. Google makes zilch. Samsung is making a lot.

So, if Google hasn’t (yet) released a physical handset to compete with the iPhone, I guess it had to do something to try to get some revenue from mobile.

And who better to promote the Google new digital store than the Cookie Monster. He’s turned over a new leaf for 2013. This Google ad focuses on the New Year’s resolutions of that small, blue, furry monster from Sesame street. This is all about being a new monster in 2013, and Google Play content, including the fact that Sesame Street is available on Google Play.

Google do make cracking ads. And, no doubt with the amount of money being spent on marketing, Google will make some headway into making some money in the mobile space. 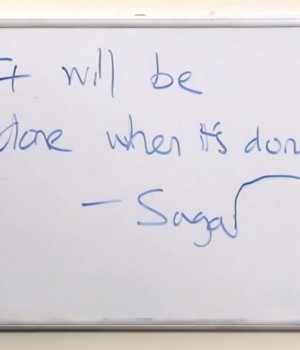